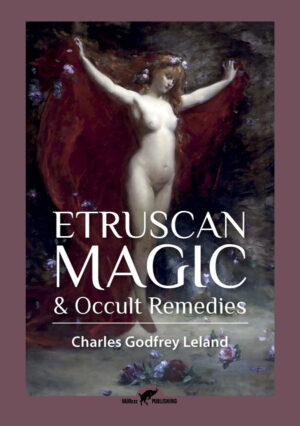 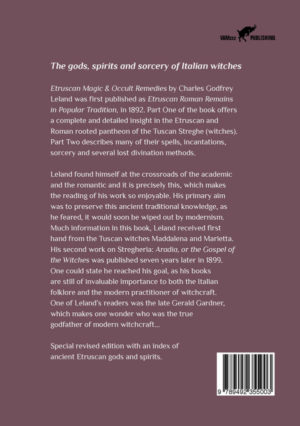 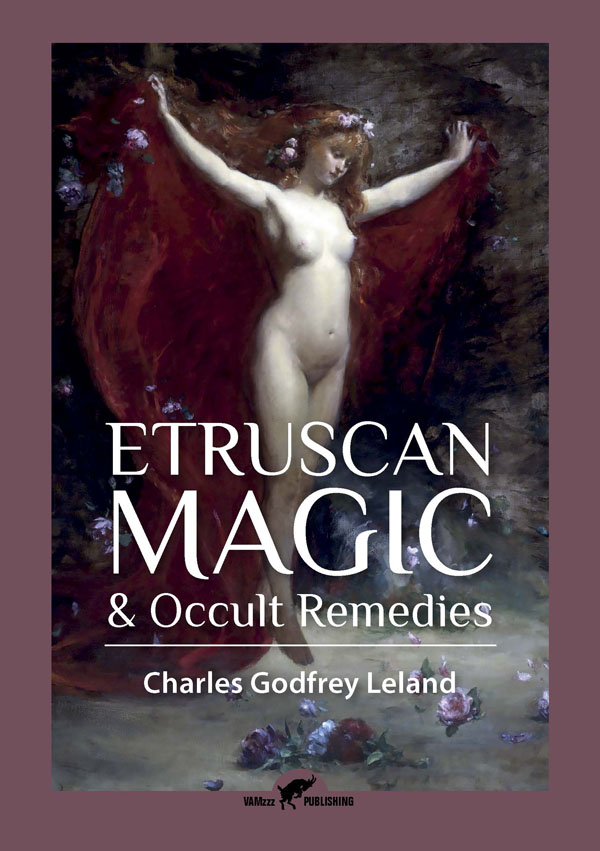 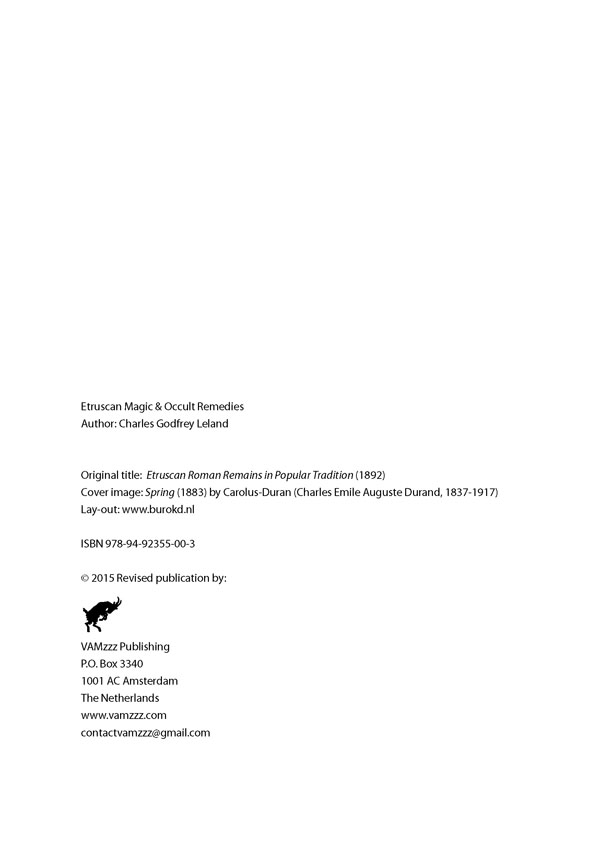 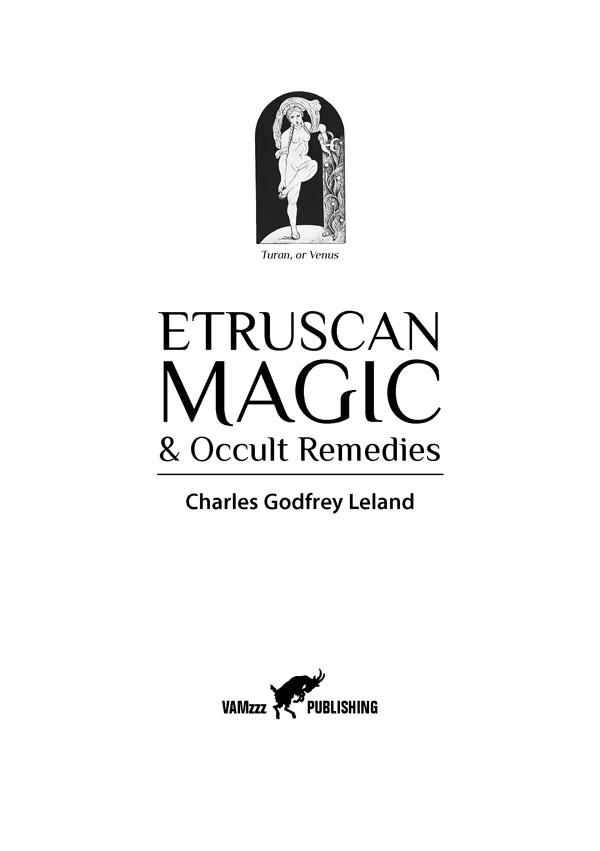 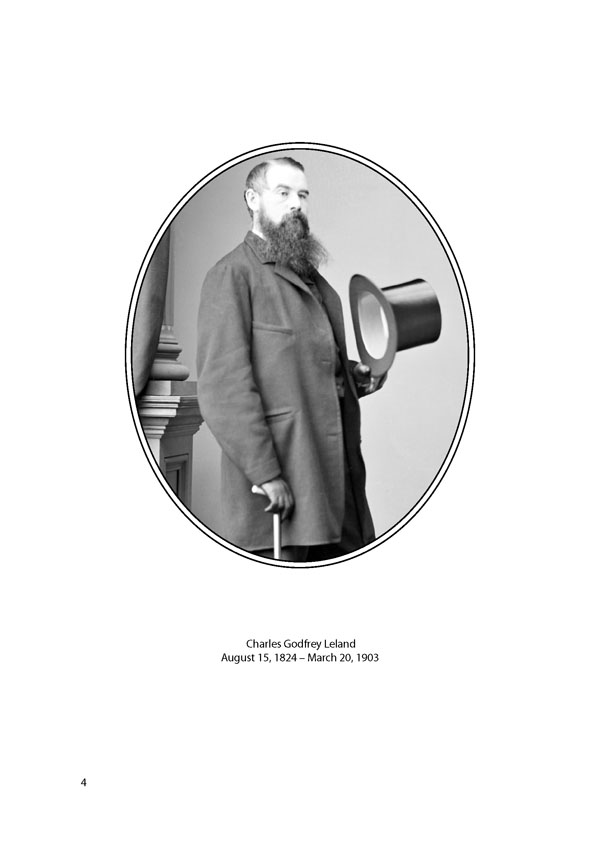 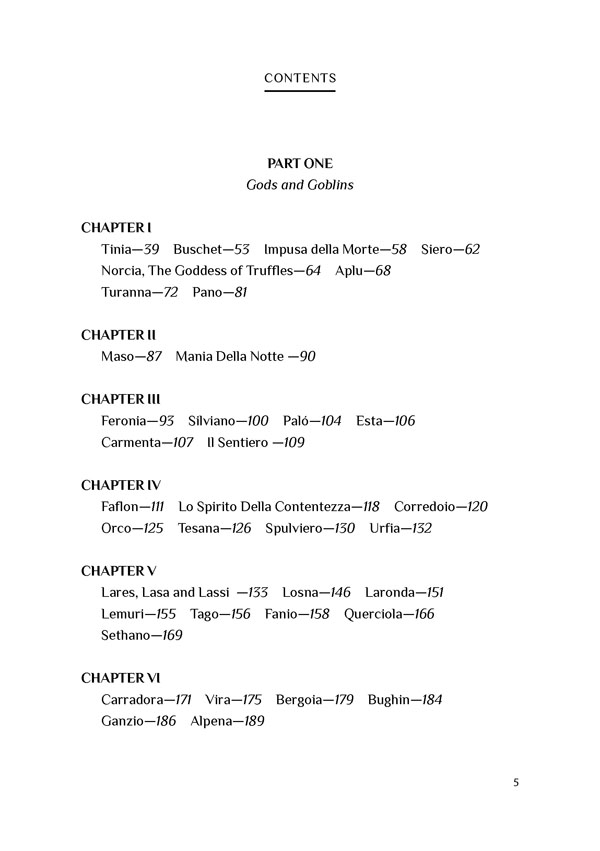 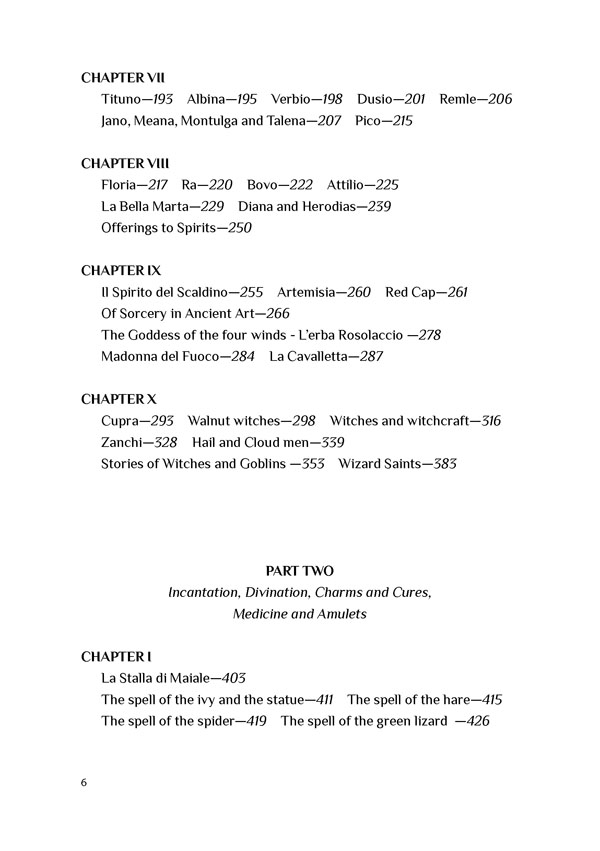 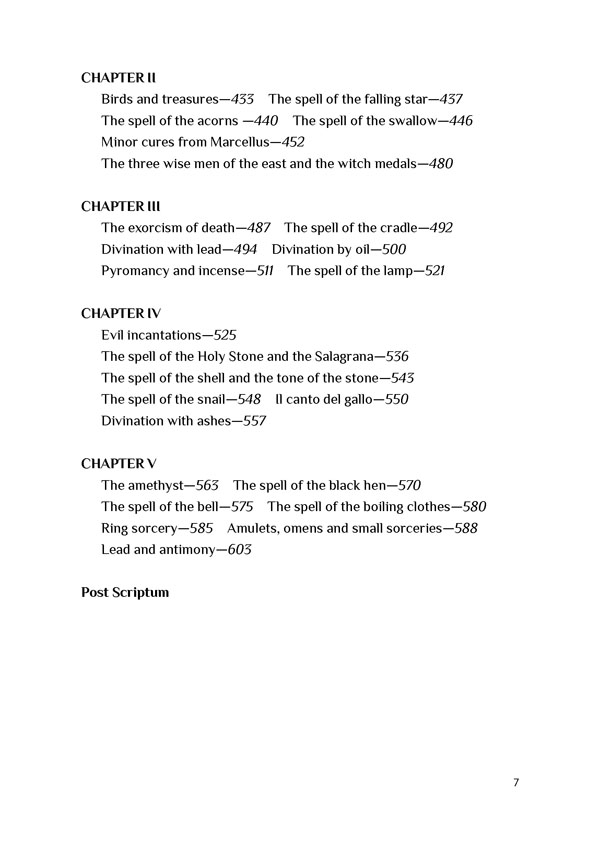 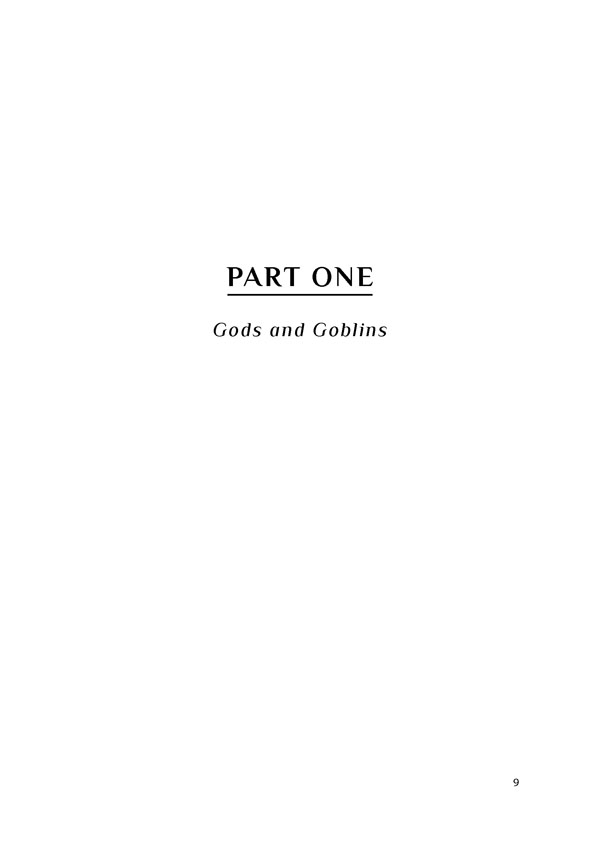 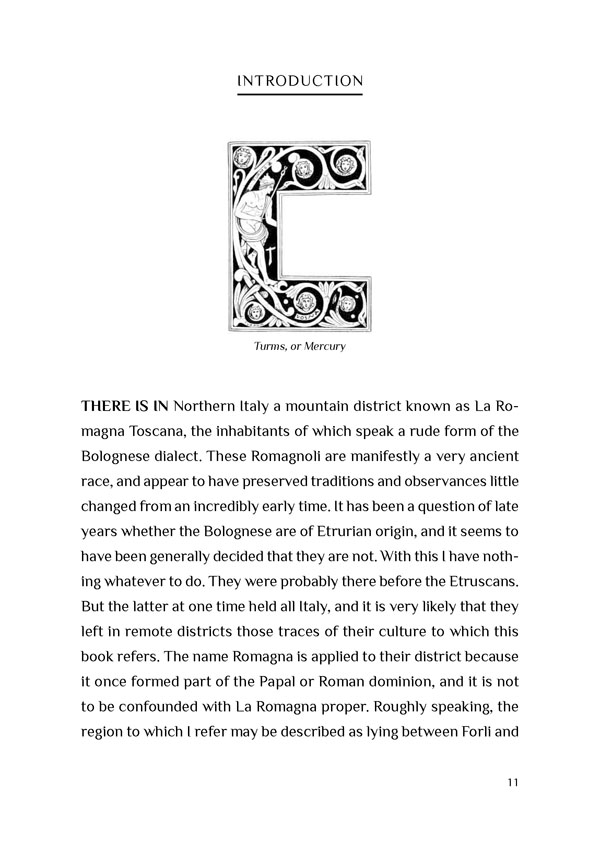 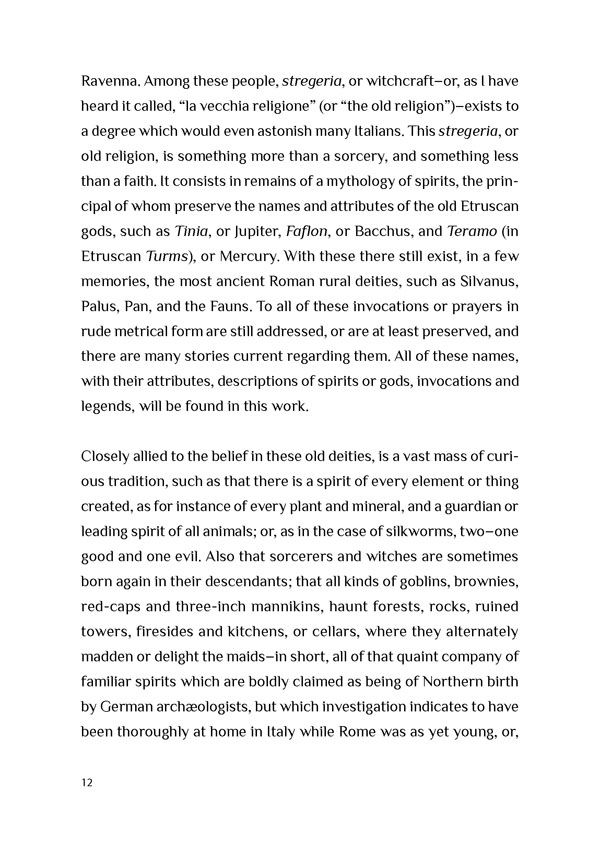 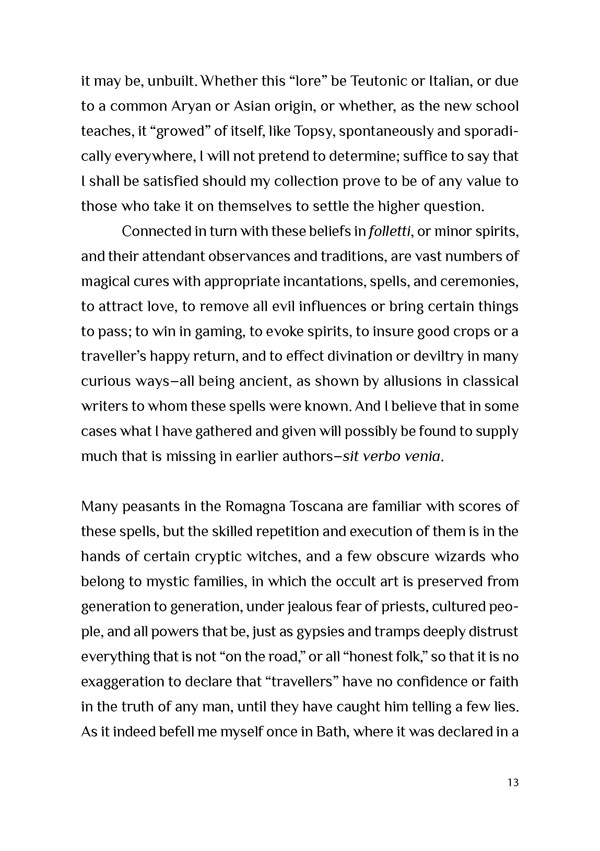 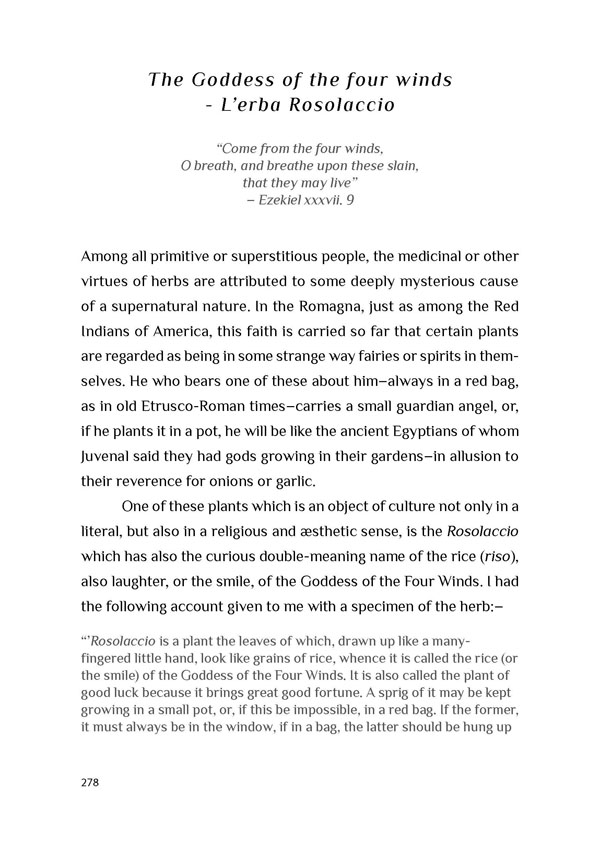 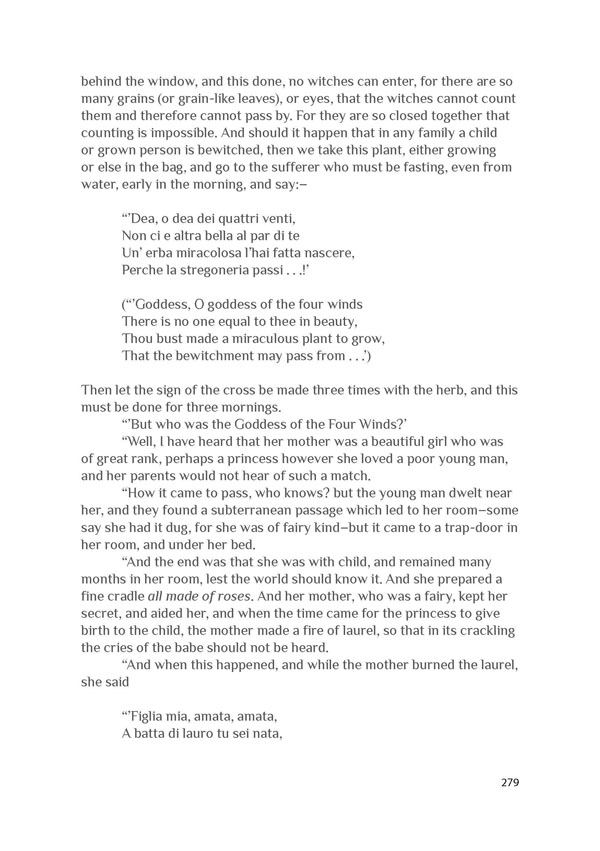 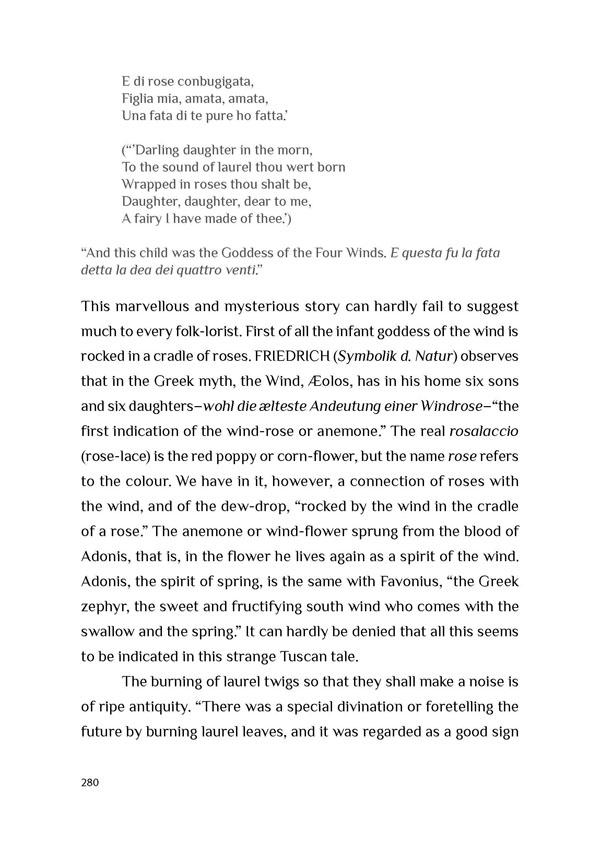 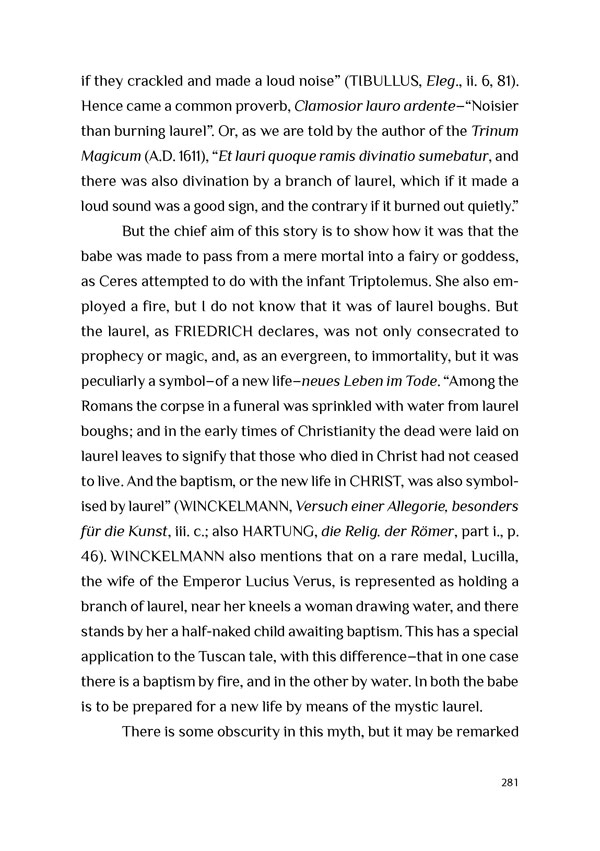 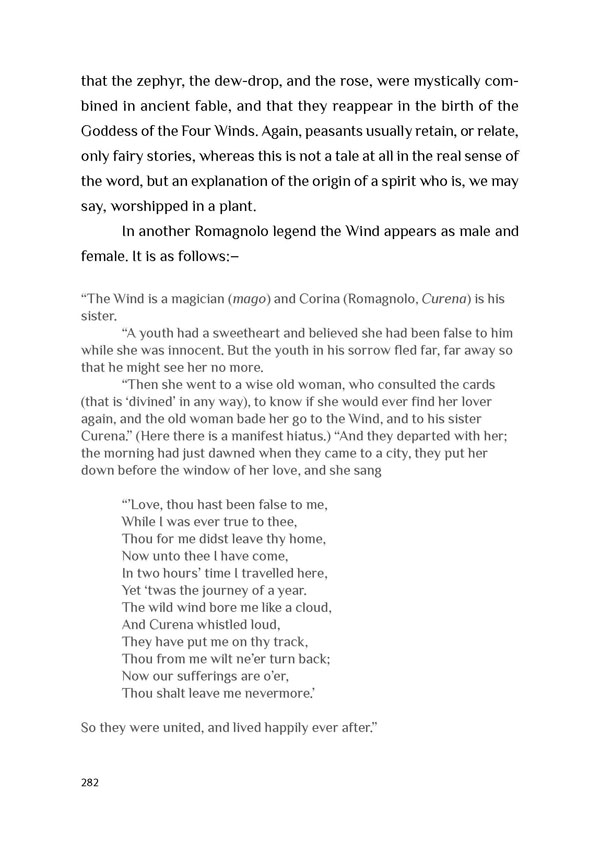 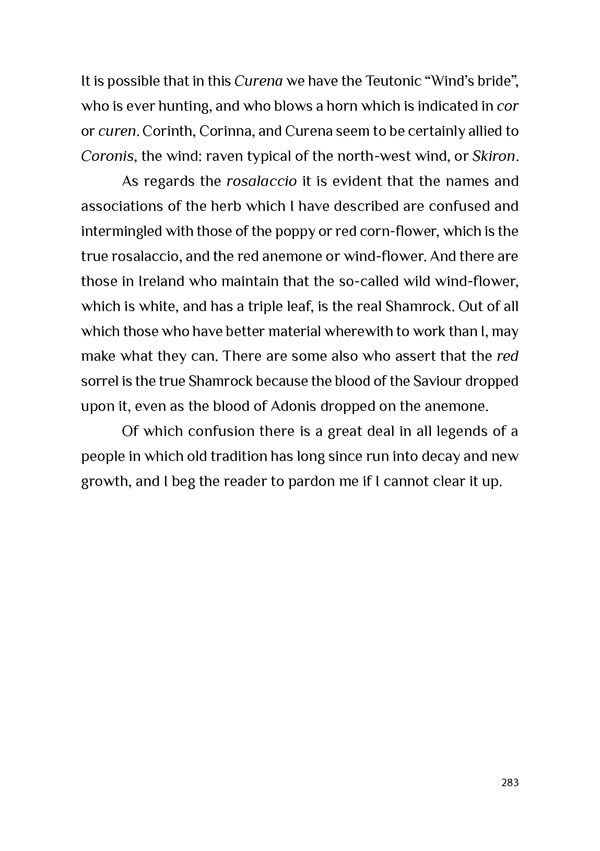 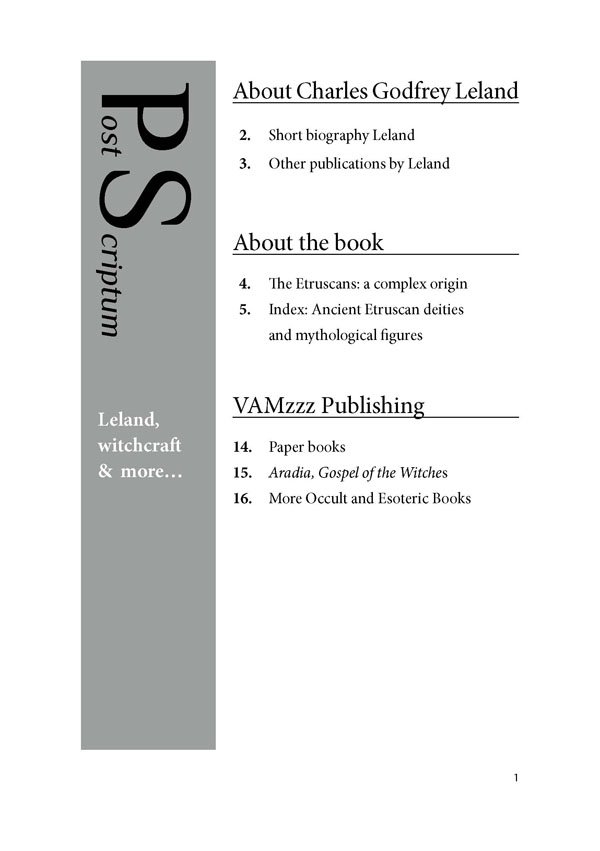 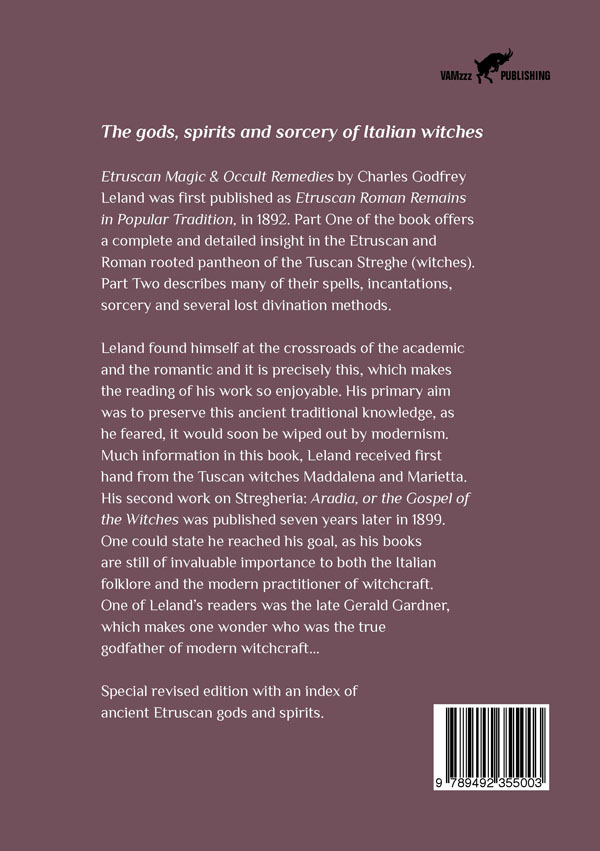 Etruscan Magic & Occult Remedies by Charles Godfrey Leland was first published as Etruscan Roman Remains in Popular Tradition, in 1892. Part One of the book offers a complete and detailed insight in the Etruscan and Roman rooted pantheon of the Tuscan Streghe (witches). Part Two describes many of their spells, incantations, sorcery and several lost divination methods.

The gods, spirits and sorcery of Italian witches

Etruscan Magic & Occult Remedies by Charles Godfrey Leland was first published as Etruscan Roman Remains in Popular Tradition, in 1892. Part One of the book offers a complete and detailed insight in the Etruscan and Roman rooted pantheon of the Tuscan Streghe (witches). Part Two describes many of their spells, incantations, sorcery and several lost divination methods.

Leland found himself at the crossroads of the academic and the romantic and it is precisely this, which makes the reading of his work so enjoyable. His primary aim was to preserve this ancient traditional knowledge, as he feared, it would soon be wiped out by modernism. Much information in this book, Leland received first hand from the Tuscan witches Maddalena and Marietta. His second work on Stregheria: Aradia, or the Gospel of the Witches was published seven years later in 1899. One could state he reached his goal, as his books are still of invaluable importance to both the Italian folklore and the modern practitioner of witchcraft. One of Leland’s readers was the late Gerald Gardner, which makes one wonder who was the true godfather of modern witchcraft…

Special revised edition with an index of ancient Etruscan gods and spirits.

Charles Godfrey Leland (August 15, 1824 – March 20, 1903) was an American folklorist, born in Philadelphia, Pennsylvania. Leland told the story that shortly after his birth, his old Dutch nanny took him to the family attic and performed a ritual, involving a Bible, a key, a knife, lighted candles, money and salt to ensure a long life as a “scholar and a wizard”. The family being prosperous, employed several servants. One of them was an Irish immigrant by whom he learned about ghosts, witches and fairies. There was also a black servant, working in the kitchen who introduced him into Voodoo. His mother often referred to an ancestress that had married into “sorcery”. Anecdotes his biographers have commented upon as foreshadowing his passionate interest in folk traditions and the magical.

Leland wrote several classic books on Gypsies and Italian Witches. These include: Legends of Florence Collected from the People (two volumes), Etruscan Roman Remains in Popular Tradition and The Gypsies and Gypsy Sorcery. His book Aradia - Gospel of the Witches became one of the most influential works to affect and influence modern witchcraft, Wicca and paganism. Both Gardner and Doreen Valiente were deeply inspired by Leland.