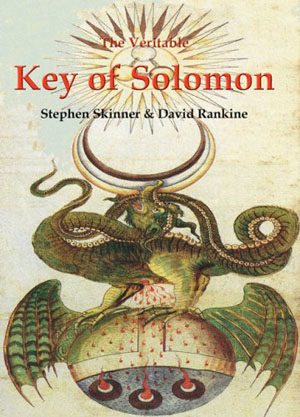 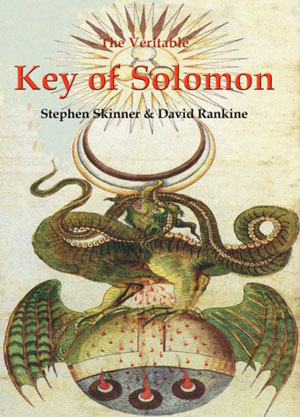 Based on the original Key of Solomon manuscript, this brand new text features never-before-published material and added detail. Over 160 illustrations beautifully complement the elements of this complete and workable system of high magic, from a broad range of talismans and techniques to magical implements and procedures.

Completely new and richly detailed, this is perhaps the most comprehensive version of The Key of Solomon ever published. Based on one of the best-known grimoires of the Western world, The Veritable Key of Solomon presents all aspects of this revered magical system in one impressive source.

Based on the original Key of Solomon manuscript, this brand new text features never-before-published material and added detail. Over 160 illustrations beautifully complement the elements of this complete and workable system of high magic, from a broad range of talismans and techniques to magical implements and procedures.

Also featured is a commentary by two of the best-known scholar magicians alive―Stephen Skinner and David Rankine―who offer a full survey of all extant manuscripts of this famous grimoire and an exploration of how they interrelate.

David Rankine is an author, esoteric researcher and Qabalist who lives and works in Glastonbury. David has been writing and contributing articles to a variety of publications, and has given lectures, workshops and presentations since the early 1980's.

His personal passions include the Qabalah, Medieval and Renaissance Magick (particularly the Grimoires), Greco-Egyptian Magic & European Folklore. He is a member of Societas Magica and ESSWE (European Society for the Study of Western Esotericism).

David has also contributed to a number of anthologies, journals and magazines over the years. These include essays in Hekate: Keys to the Crossroads (2006), Horns of Power (2008), Howlings (2008), Hekate: Her Sacred Fires (2009) and Occult Traditions (2012); as well as numerous articles in esoteric publications such as The Watkins Review, Skoob Occult Review, Nuit-Isis, Celtic Dawn, Chaos International, Witchcraft & Wicca, Pagan Dawn, Talking Stick, Vitriol, Evohe! and Dragon's Brew. In fact, David was the editor of Evohe! (1986-88) and Dragon's Brew (1991-96).

During the period 2002-04 he contributed around 300 articles to the Enhancing Your Mind Body Spirit international part-work magazine produced by D'Agostini. His contributions to this very successful worldwide publication included articles and entire sections on Crystals, Healing, Chakras, Qabalah, Shamanism, Ancient Egyptian Magick, Alchemy and Angels.

Since the early 1980s David has facilitated many dozens of workshops and public ceremonies throughout the UK, since 2001 often with Sorita. He has also given lectures and presentations throughout the UK and Europe on his work and the subjects he is passionate about - including the Grimoire Tradition, Angelic Magic, Egyptian and Celtic Mythology and spirituality.

The Lesser Key of Solomon

The Book of Oberon