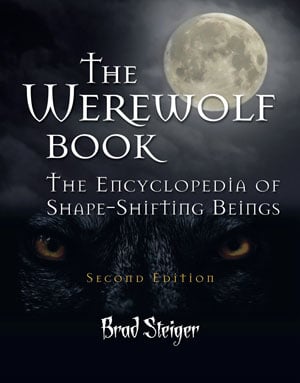 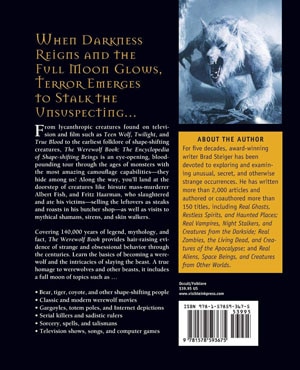 The Werewolf Book: The Encyclopedia of Shape-Shifting Beings

The Werewolf Book: The Encyclopedia of Shape-Shifting Beings

Taking a serious look at all things werewolf, from the Middle Ages to the Internet, Steiger’s book “leads the pack” on the phenomenon with 250 essays containing current and comprehensive information. 150 photos.

From lycanthropic creatures found on television and film such as Teen Wolf, Twilight, and True Blood to the earliest folklore of shape-shifting creatures, The Werewolf Book: The Encyclopedia of Shapeshifting Beings is an eye-opening, blood-pounding tour through the ages of monsters with the most amazing camouflage capabilities–they hide among us! Along the way, you’ll land at the doorstep of creatures like hirsute mass-murderer Albert Fish, and Fritz Haarman, who slaughtered and ate his victims–selling the leftovers as steaks and roasts in his butcher shop–as well as visits to mythical shamans, sirens, and skin walkers.

The Hidden History of Elves and Dwarfs

The Tradition of Household Spirits