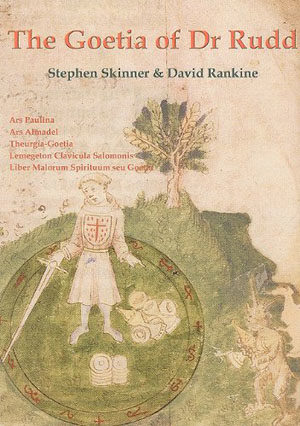 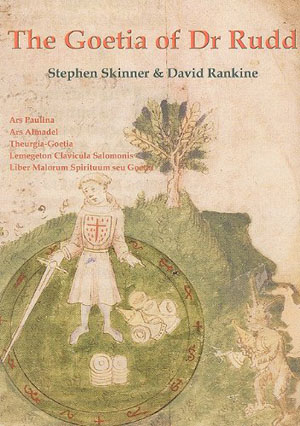 The Goetia of Dr. Rudd explains how the 72 angels of the Shemhamphorash are used to evoke and safely bind demons―material that has not been made available in any previous edition. This rare volume contains a transcription of a hitherto unpublished manuscript of the Lemegeton and includes illustrations drawn from rare manuscripts held in the British Library.

The Goetia is the most famous grimoire after the Key of Solomon. The owner of this handbook of sorcery was Dr. Thomas Rudd, the most important scholar-magician of the early seventeenth century, and a magical successor to Dr. John Dee.

The Goetia of Dr. Rudd explains how the 72 angels of the Shemhamphorash are used to evoke and safely bind demons―material that has not been made available in any previous edition. This rare volume contains a transcription of a hitherto unpublished manuscript of the Lemegeton and includes illustrations drawn from rare manuscripts held in the British Library. (Sourceworks of Ceremonial Magic Volume 3)

David Rankine is an author, esoteric researcher and Qabalist who lives and works in Glastonbury. David has been writing and contributing articles to a variety of publications, and has given lectures, workshops and presentations since the early 1980's.

His personal passions include the Qabalah, Medieval and Renaissance Magick (particularly the Grimoires), Greco-Egyptian Magic & European Folklore. He is a member of Societas Magica and ESSWE (European Society for the Study of Western Esotericism).

David has also contributed to a number of anthologies, journals and magazines over the years. These include essays in Hekate: Keys to the Crossroads (2006), Horns of Power (2008), Howlings (2008), Hekate: Her Sacred Fires (2009) and Occult Traditions (2012); as well as numerous articles in esoteric publications such as The Watkins Review, Skoob Occult Review, Nuit-Isis, Celtic Dawn, Chaos International, Witchcraft & Wicca, Pagan Dawn, Talking Stick, Vitriol, Evohe! and Dragon's Brew. In fact, David was the editor of Evohe! (1986-88) and Dragon's Brew (1991-96).

During the period 2002-04 he contributed around 300 articles to the Enhancing Your Mind Body Spirit international part-work magazine produced by D'Agostini. His contributions to this very successful worldwide publication included articles and entire sections on Crystals, Healing, Chakras, Qabalah, Shamanism, Ancient Egyptian Magick, Alchemy and Angels.

Since the early 1980s David has facilitated many dozens of workshops and public ceremonies throughout the UK, since 2001 often with Sorita. He has also given lectures and presentations throughout the UK and Europe on his work and the subjects he is passionate about - including the Grimoire Tradition, Angelic Magic, Egyptian and Celtic Mythology and spirituality.

A Cunning Man’s Grimoire: The Secret of Secrets