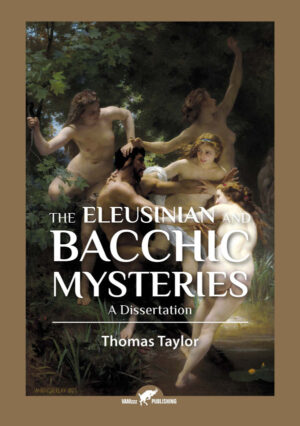 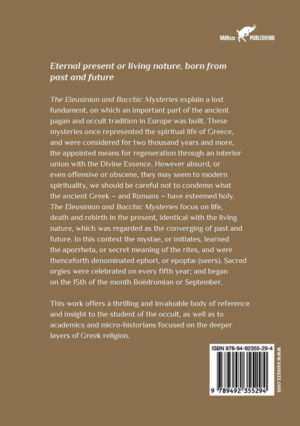 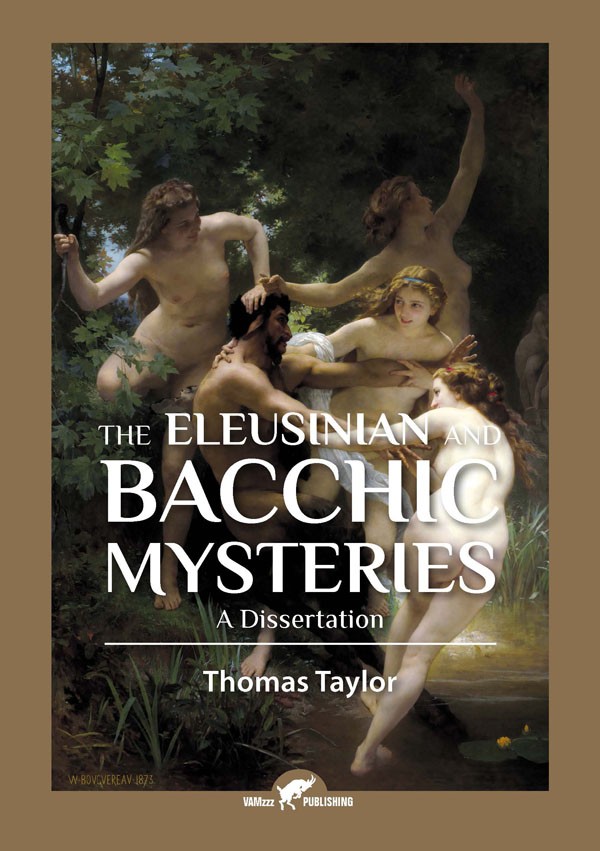 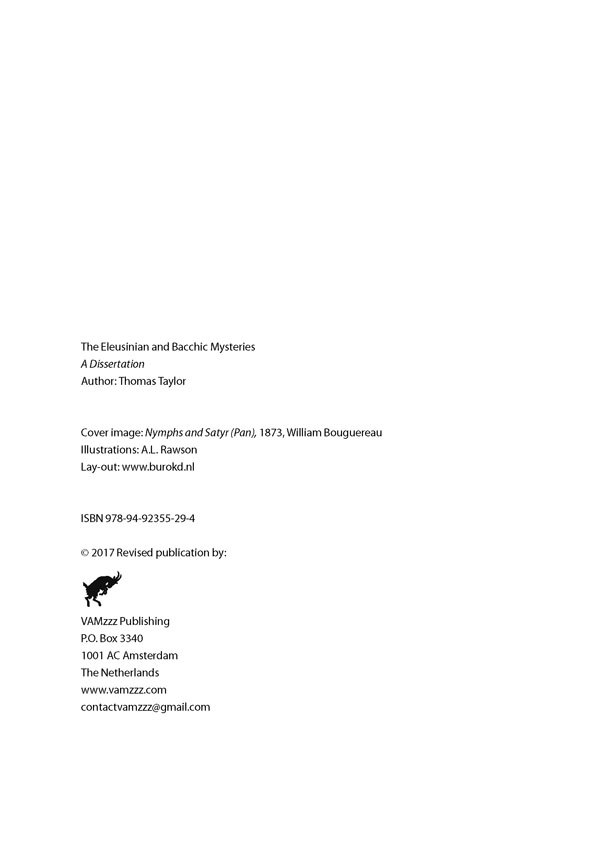 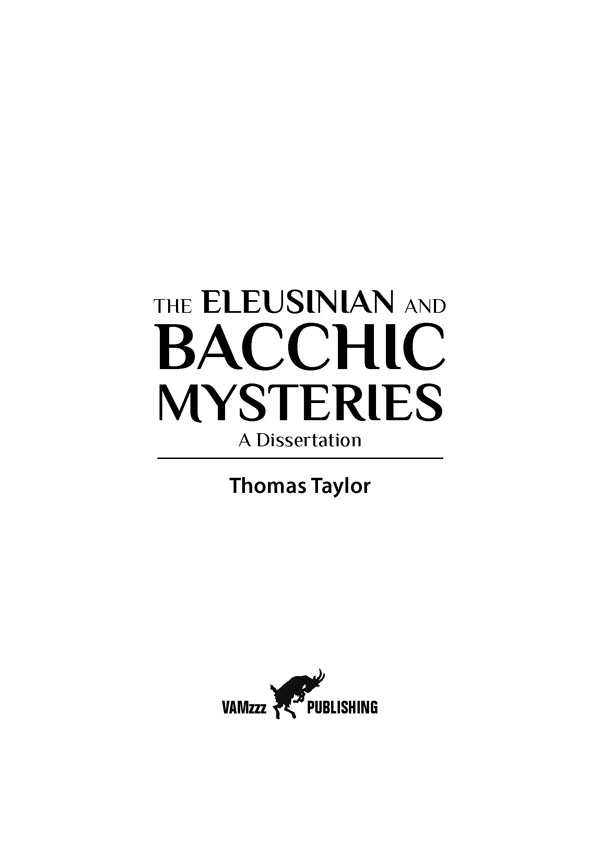 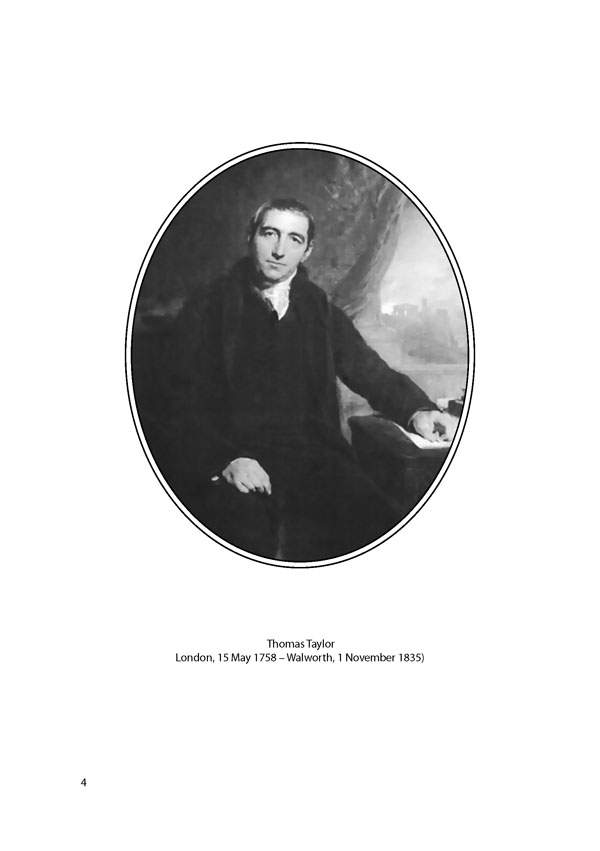 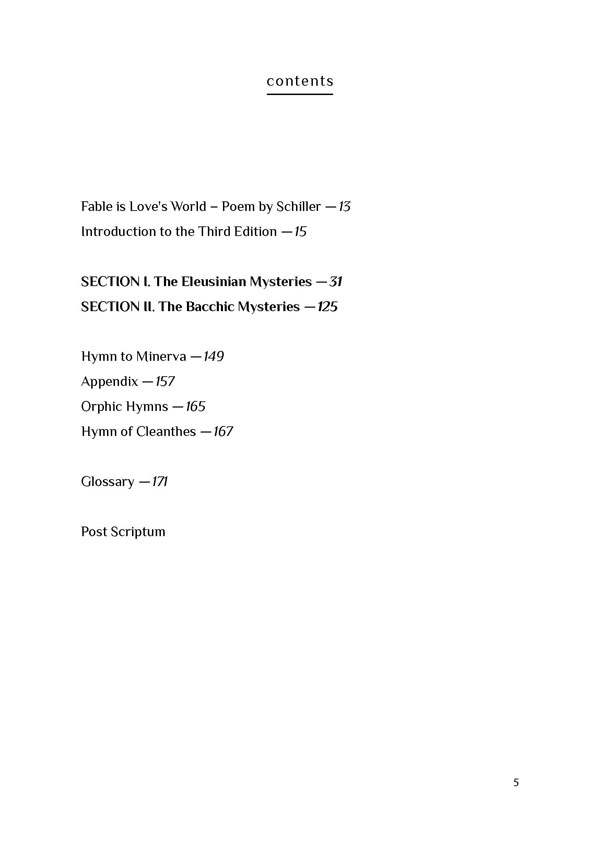 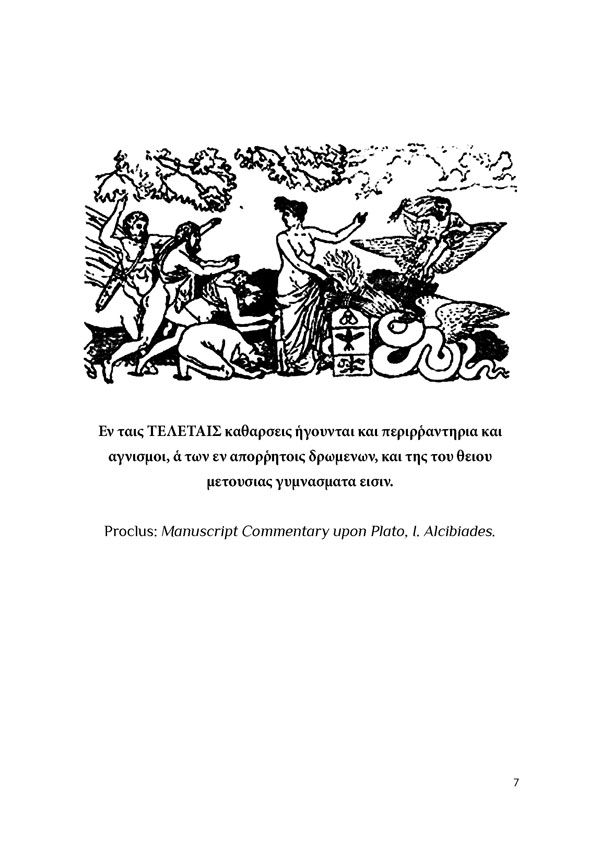 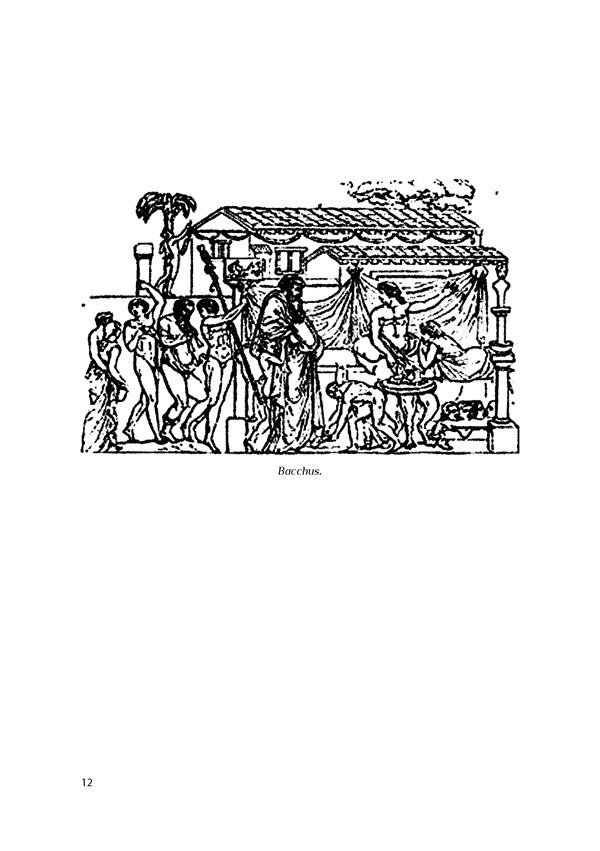 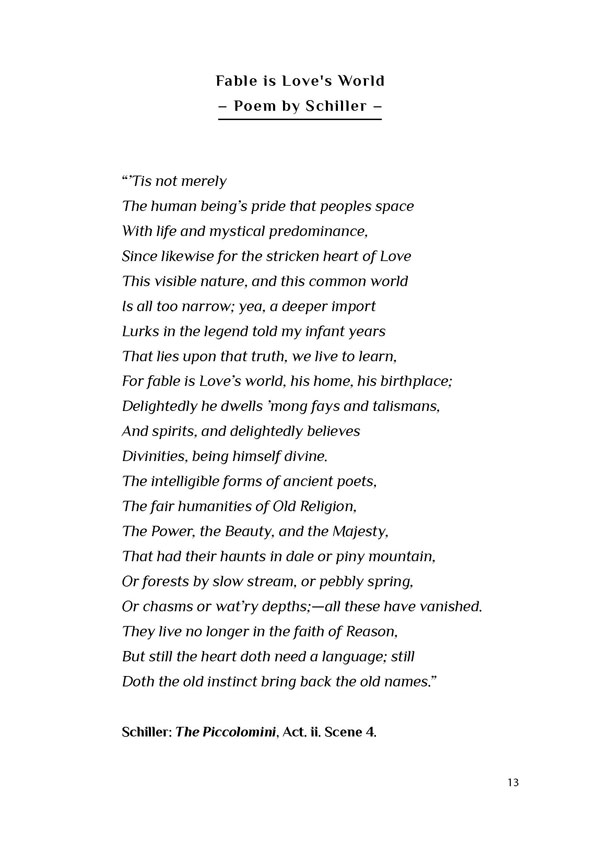 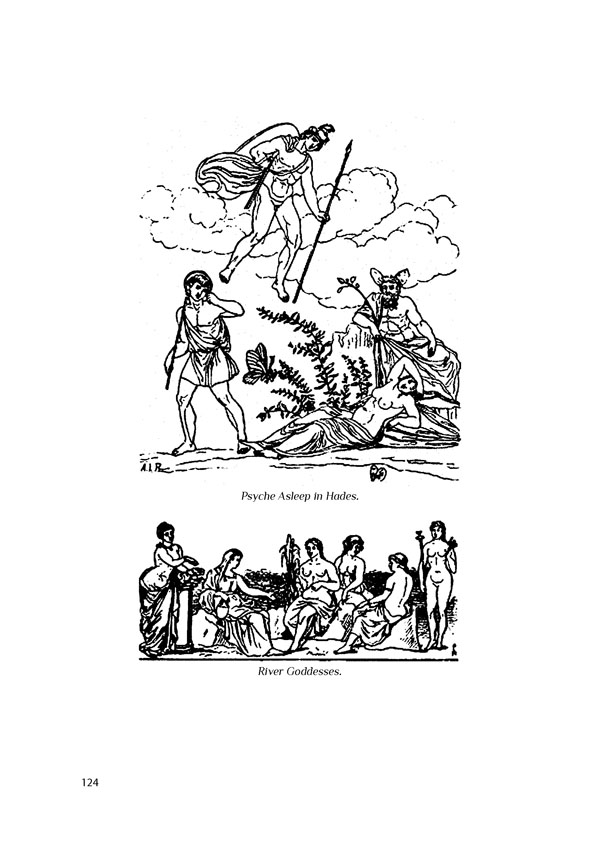 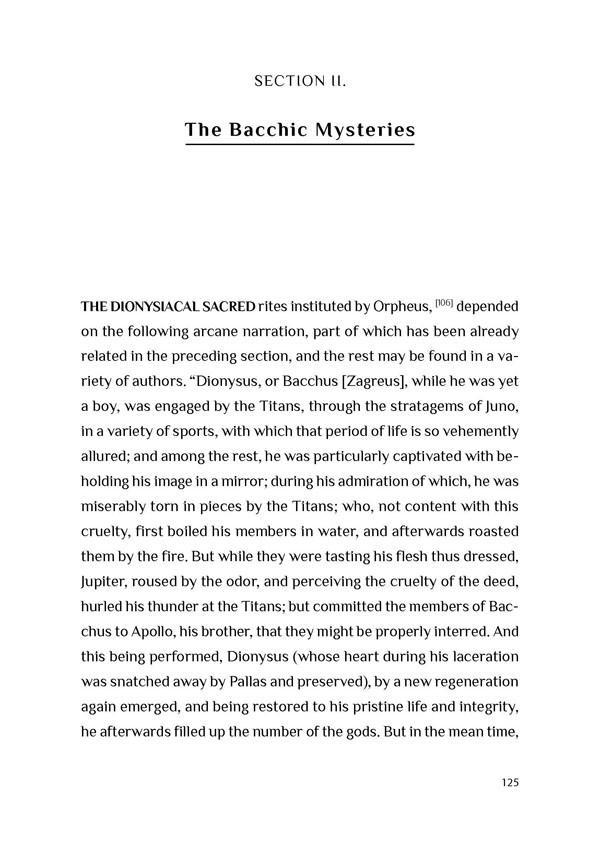 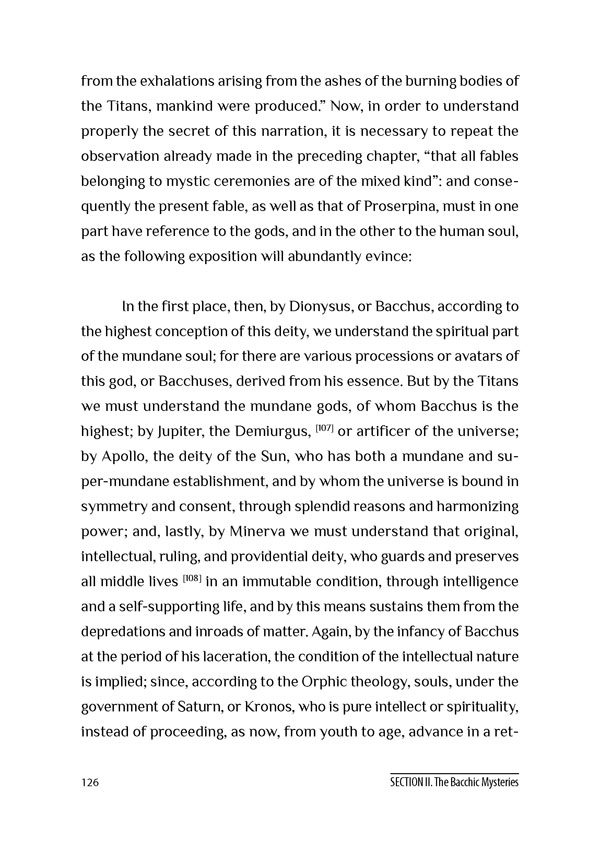 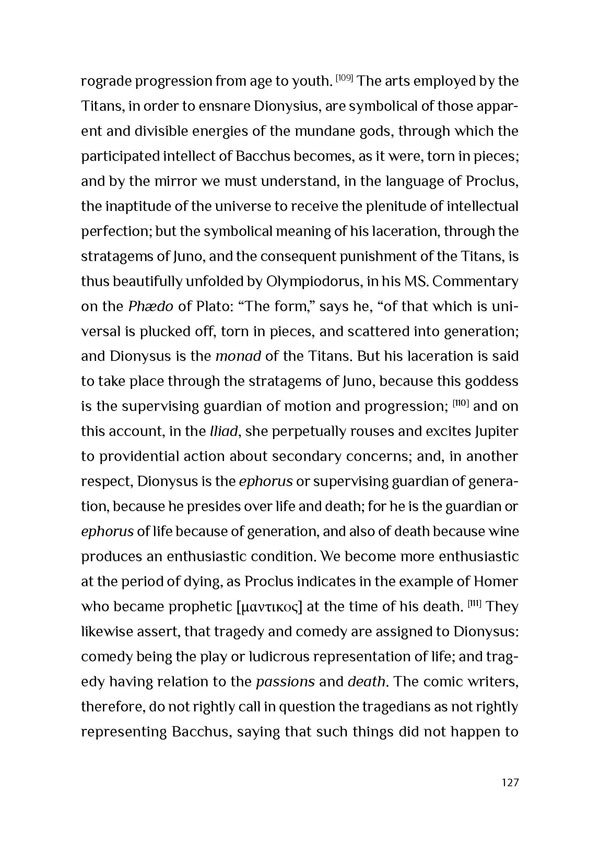 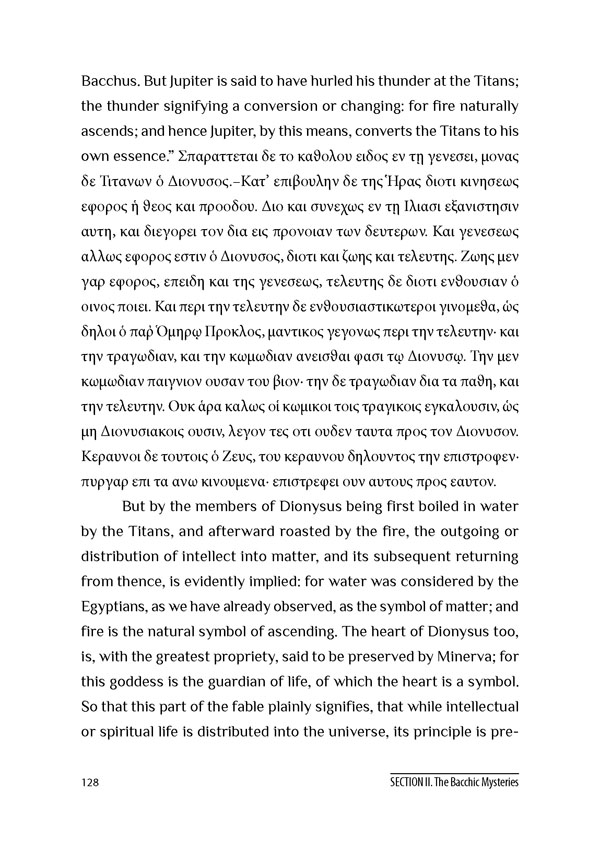 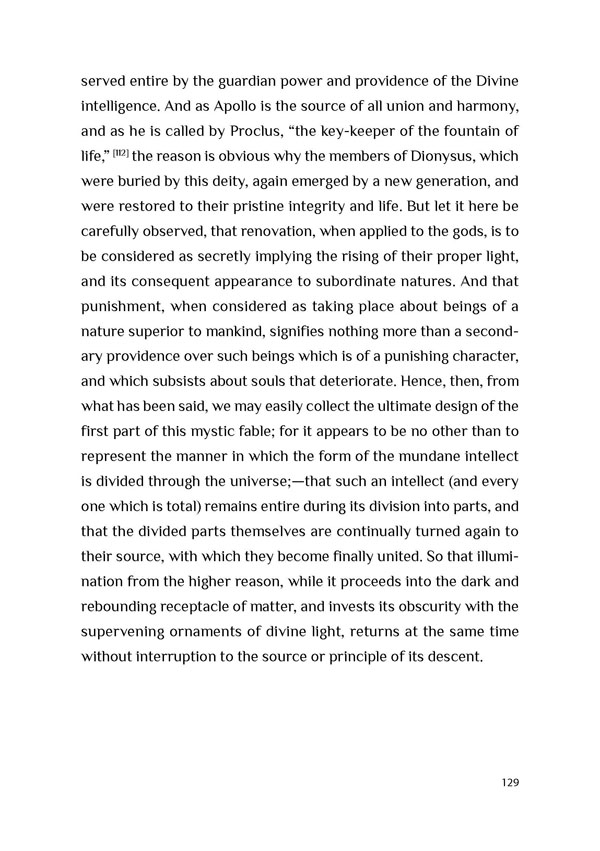 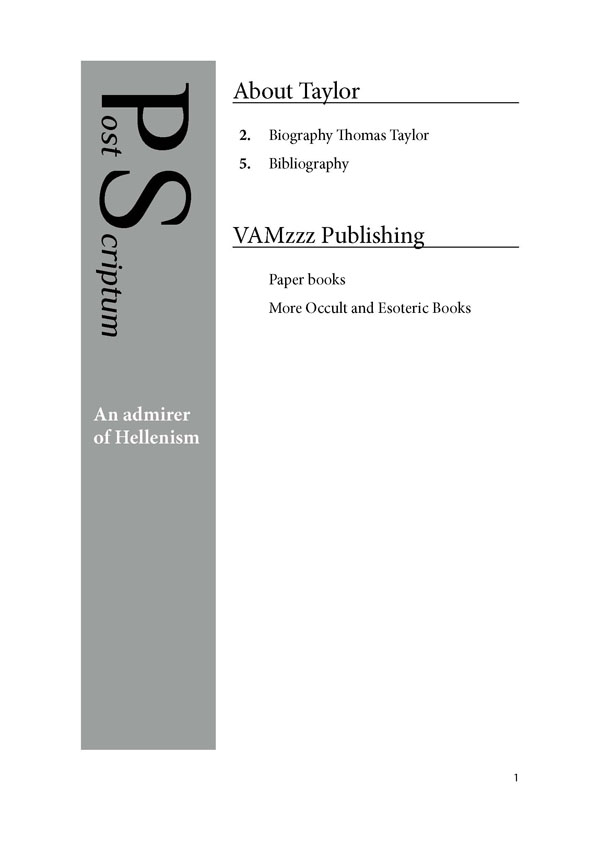 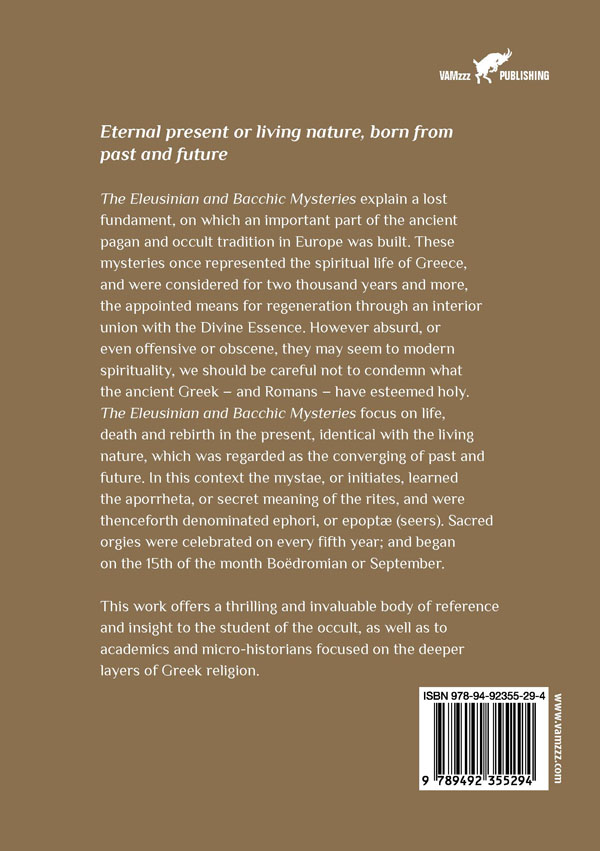 The Eleusinian and Bacchic Mysteries by the neo-platonist Robert Taylor, explains a lost fundament, on which an important part of the ancient pagan and occult tradition in Europe was built. These mysteries once represented the spiritual life of Greece, and were considered for two thousand years and more, the appointed means for regeneration through an interior union with the Divine Essence. However absurd, or even offensive or obscene, they may seem to modern spirituality, we should be careful not to condemn what the ancient Greek – and Romans – have esteemed holy. The Eleusinian and Bacchic Mysteries focus on life, death and rebirth in the present, identical with the living nature, which was regarded as the converging of past and future. In this context the mystae, or initiates, learned the aporrheta, or secret meaning of the rites, and were thenceforth denominated ephori, or epoptæ (seers). Sacred orgies were celebrated on every fifth year; and began on the 15th of the month Boëdromian or September.

This work offers a thrilling and invaluable body of reference and insight to the student of the occult, as well as to academics and micro-historians focused on the deeper layers of Greek religion.

– See also Mysteria by Otto Henne am Rhym which links the Mystery cults of ancient Egypt, Babylon and Greece, through the Middle Ages to secret societies in our modern times.

Thomas Taylor (15 May 1758 – 1 November 1835) was an English translator and Neoplatonist, the first to translate into English the complete works of Aristotle and of Plato, as well as the Orphic fragments. He was born in the City of London, the son of a staymaker, Joseph Taylor and his wife Mary (born Summers).

He received his education at St. Paul’s School, and devoted himself to the study of the classics and of mathematics. After first working as a clerk in Lubbock’s Bank, he was appointed Assistant Secretary to the Society for the Encouragement of Art (a precursor to the Royal Society of Arts), in which capacity he made many influential friends, who furnished the means for publishing his various translations, which besides Plato and Aristotle, include Proclus, Porphyry, Apuleius, Ocellus Lucanus and other Neoplatonists and Pythagoreans. His ambitious aim was the translation of all the un-translated writings of the ancient Greek philosophers. The texts that he used had been edited since the 16th century, but were interrupted by lacunae; Taylor’s understanding of the Platonists informed his suggested emendations. His translations were influential on William Blake, Percy Bysshe Shelley and William Wordsworth. In American editions they were read by Ralph Waldo Emerson, Bronson Alcott, and G. R. S. Mead, secretary to Helena Blavatsky of the Theosophical Society.

Read more about Thomas Taylor in the Post Scriptum of 'The Eleusinian and Bacchic Mysteries'.