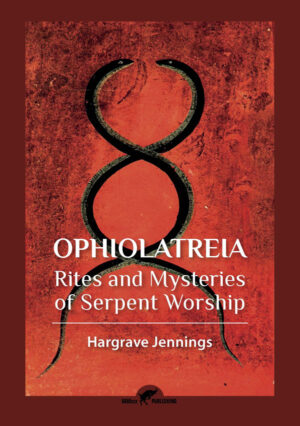 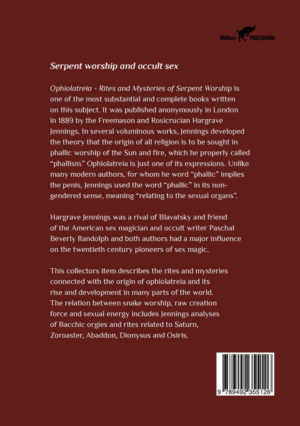 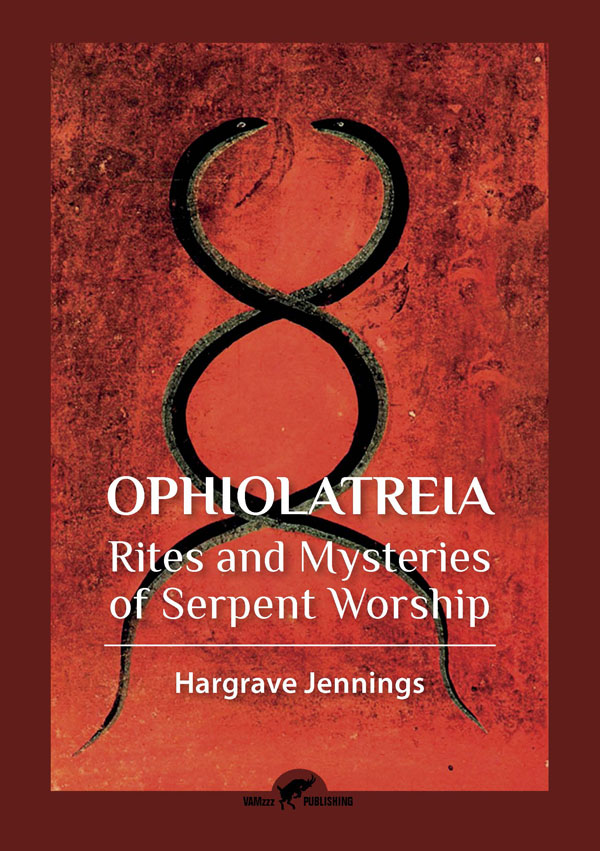 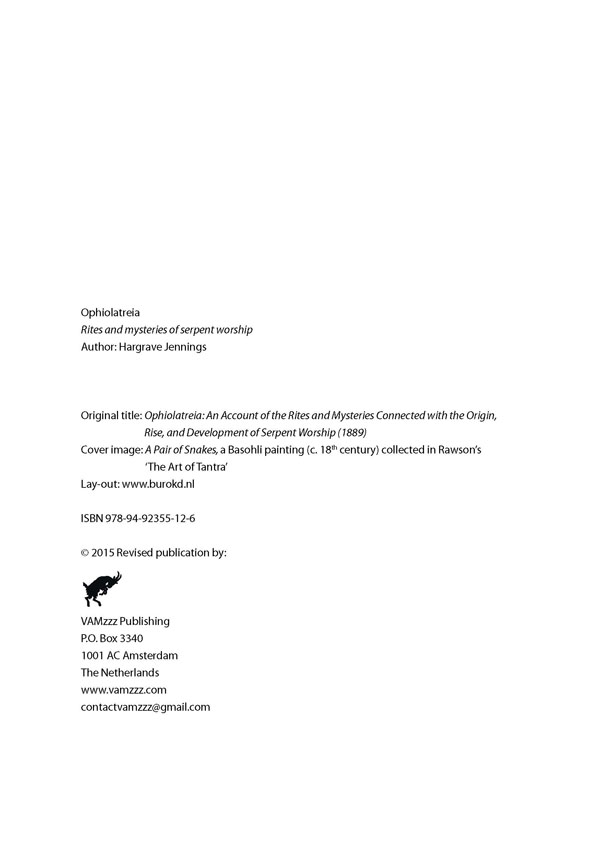 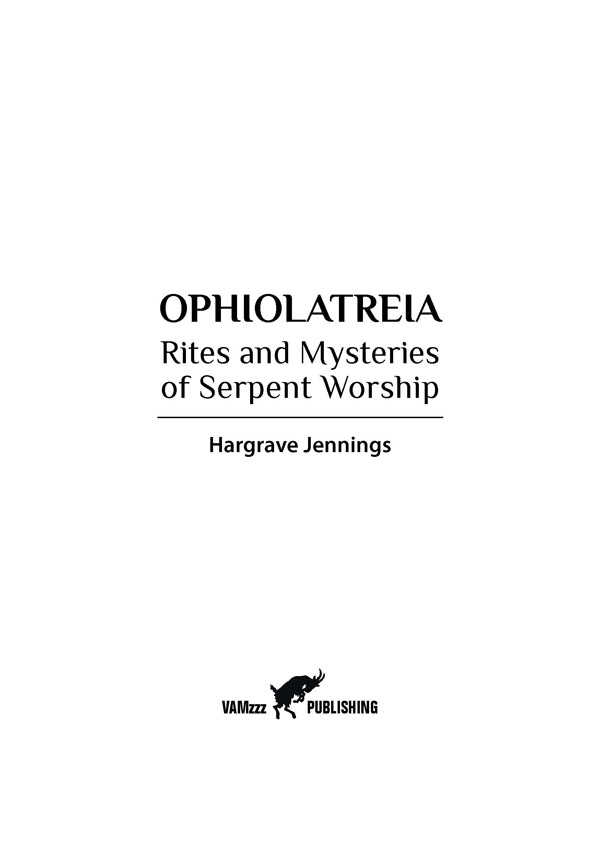 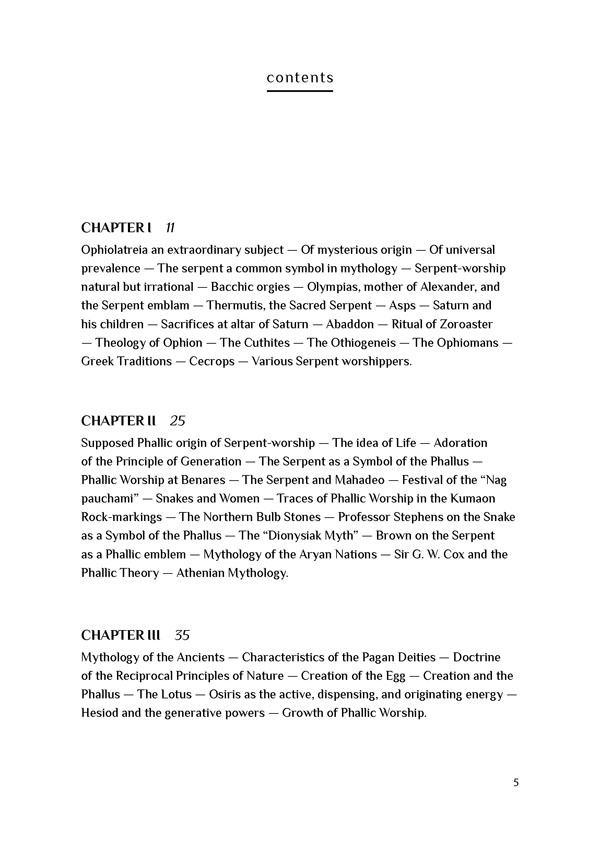 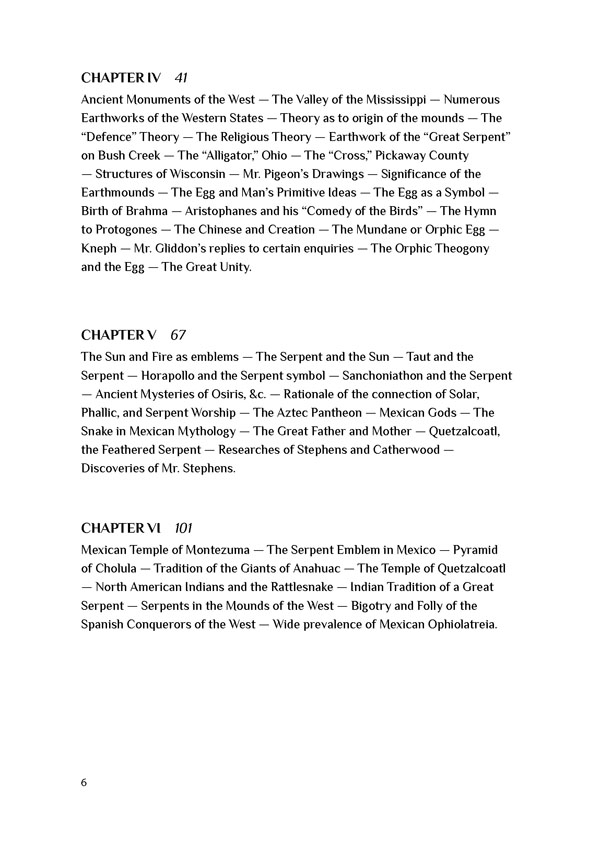 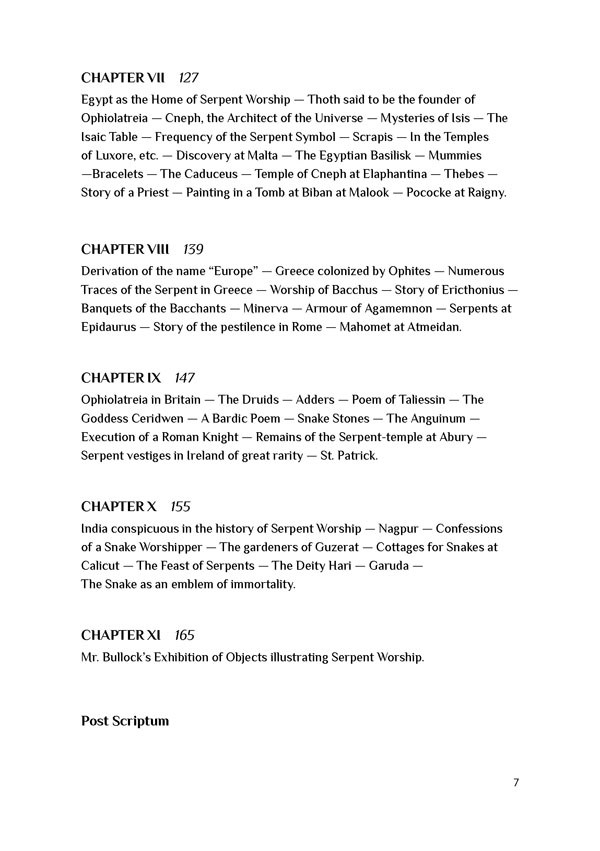 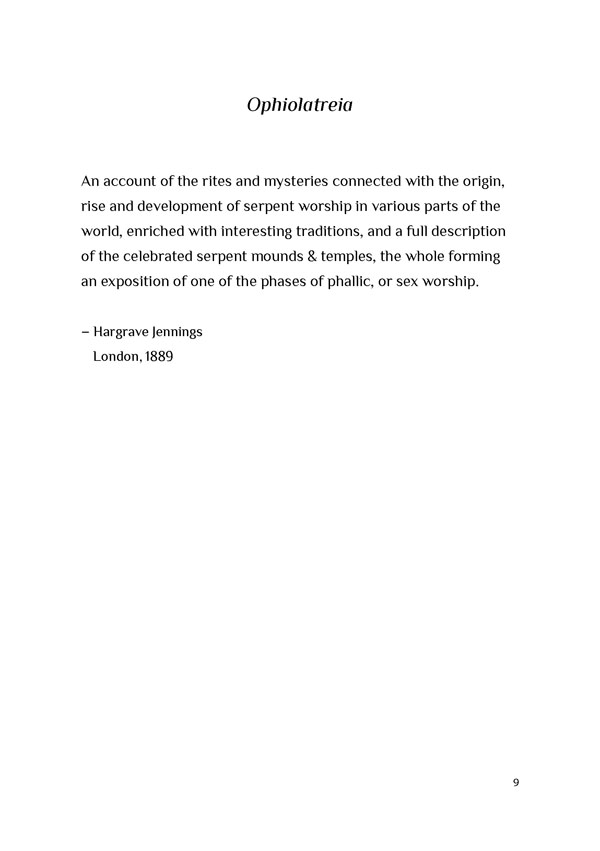 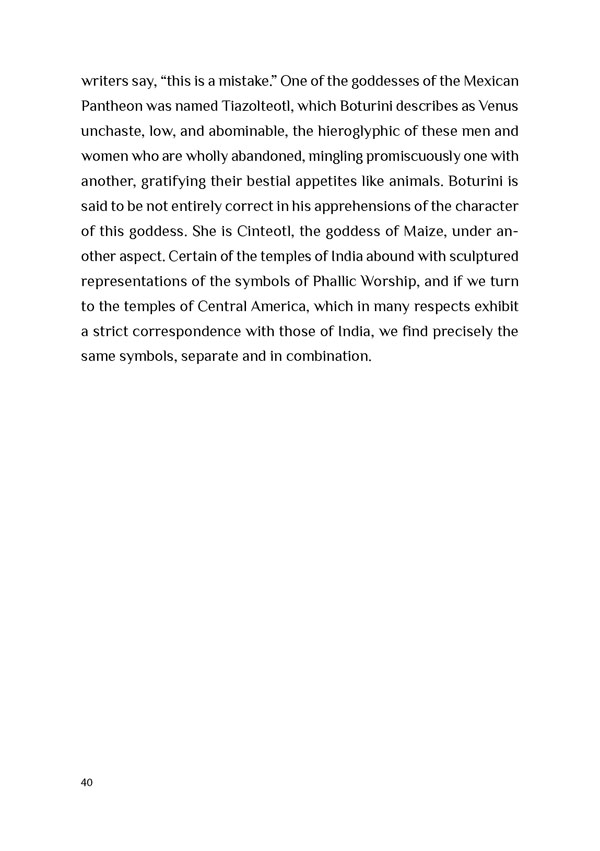 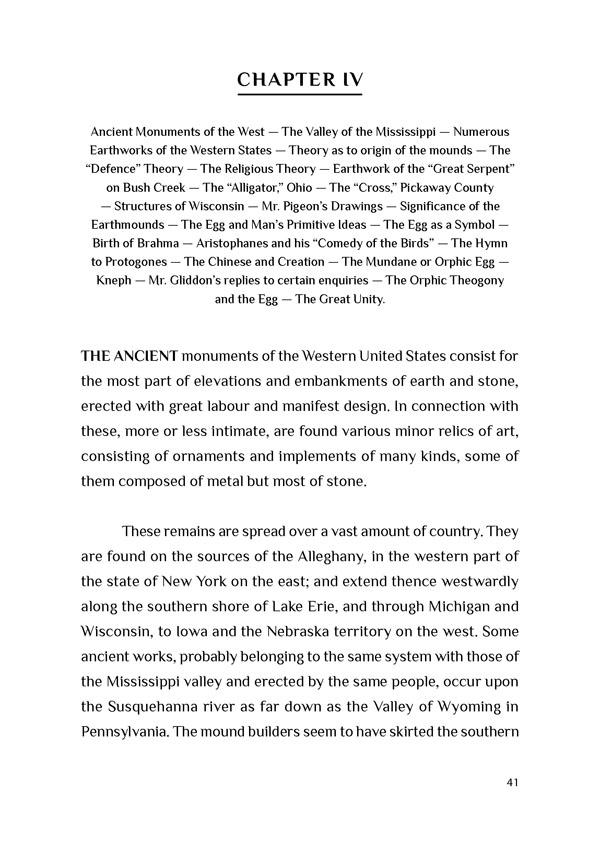 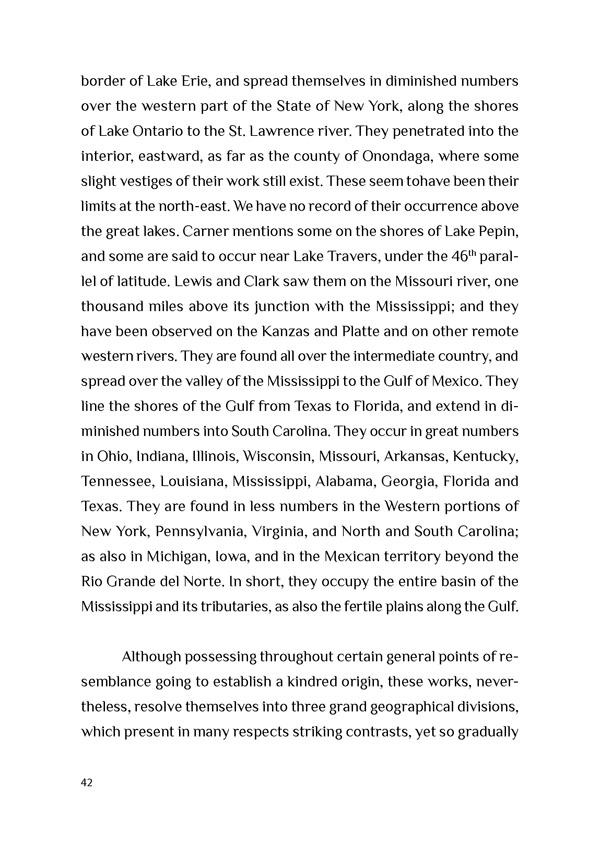 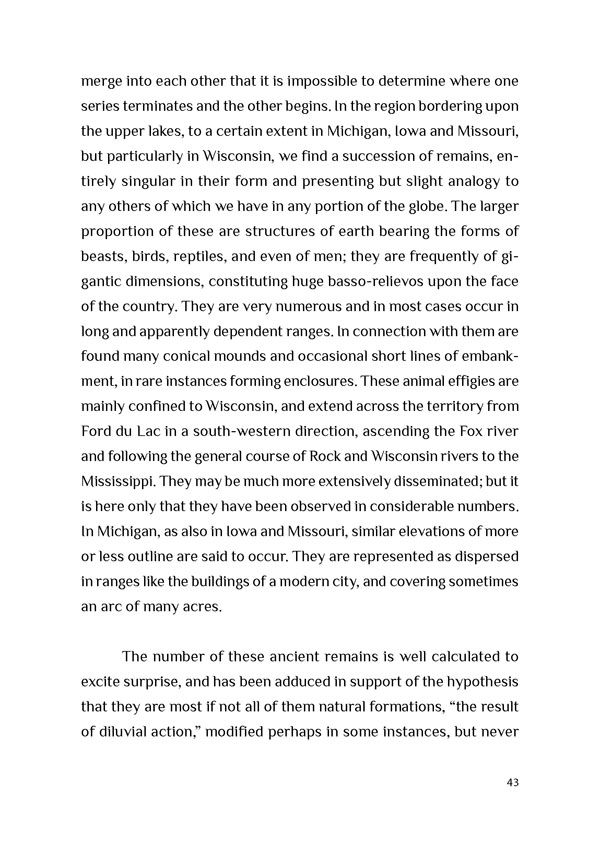 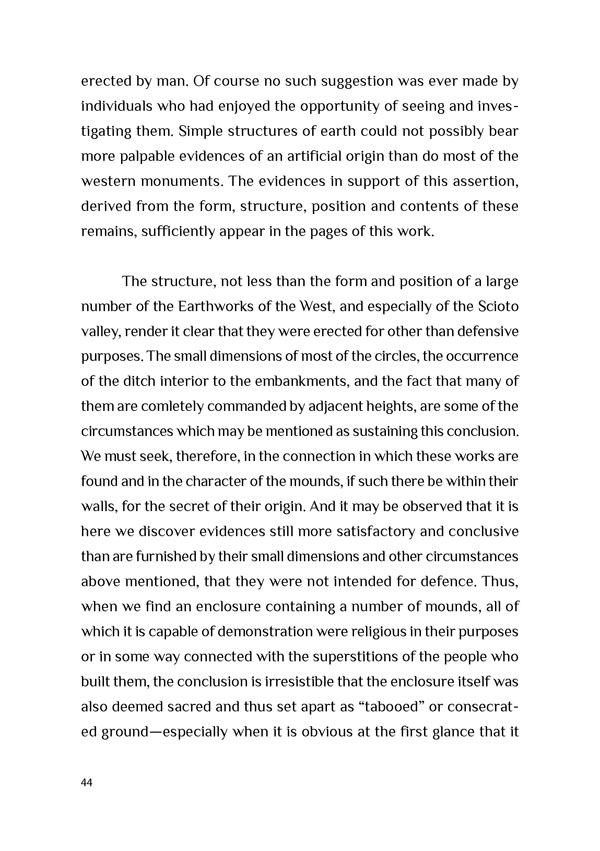 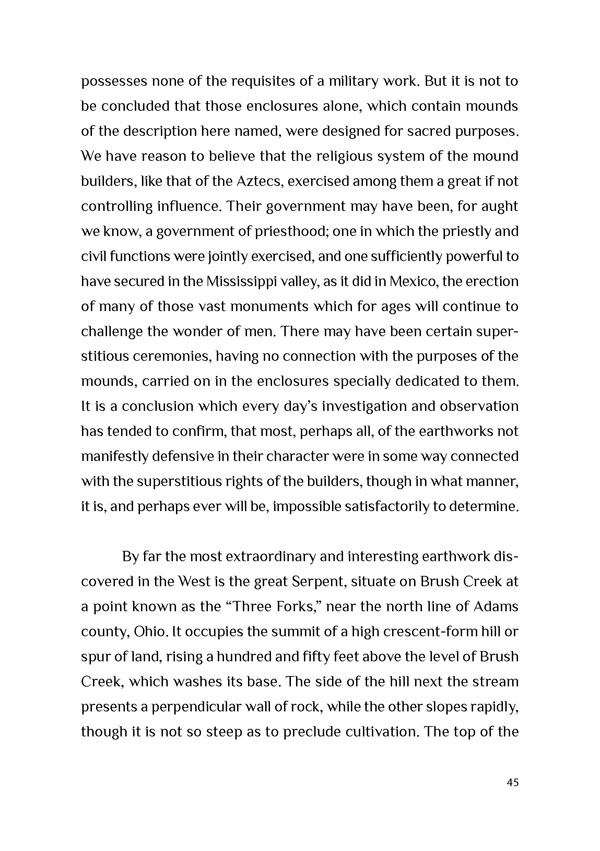 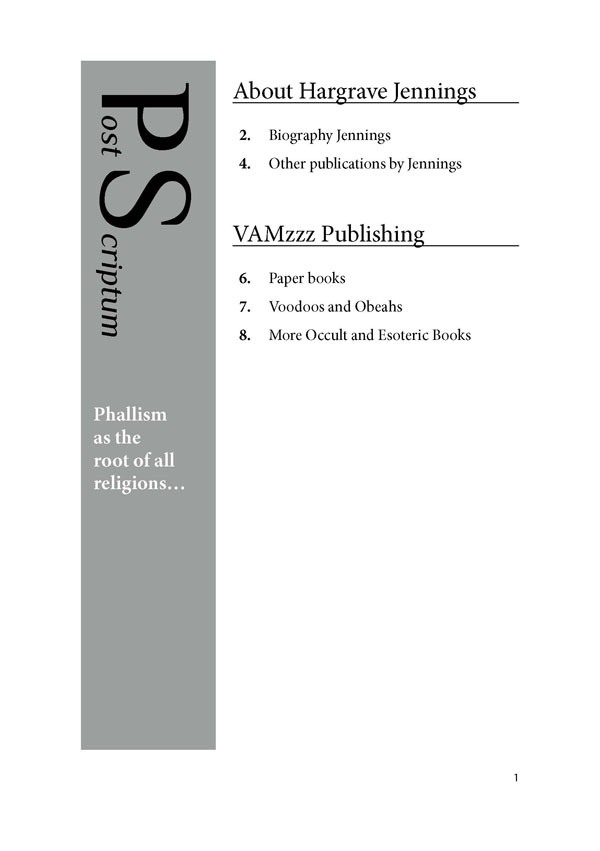 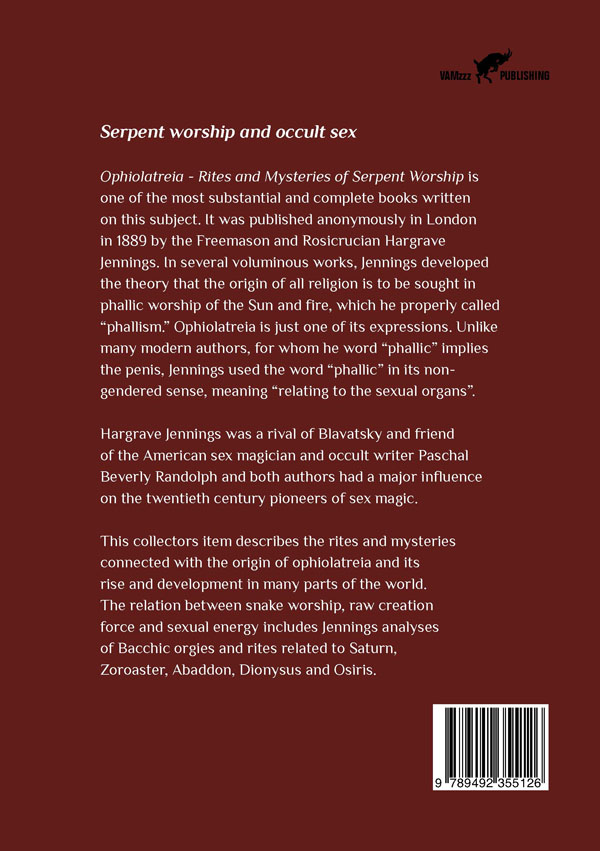 This book is one of the most substantial and complete books written on this subject. In several voluminous works, Jennings developed the theory that the origin of all religion is to be sought in phallic worship of the Sun and fire, which he properly called “phallism.” Ophiolatreia is just one of its expressions. This collectors item describes the rites and mysteries connected with the origin of ophiolatreia and its rise and development in many parts of the world. The relation between snake worship, raw creation force and sexual energy includes Jennings analyses of Bacchic orgies and rites related to Saturn, Zoroaster, Abaddon, Dionysus and Osiris.

Rites and Mysteries of Serpent Worship

This book is one of the most substantial and complete books written on this subject. It was published anonymously in London in 1889 by the Freemason and Rosicrucian Hargrave Jennings. In several voluminous works, Jennings developed the theory that the origin of all religion is to be sought in phallic worship of the Sun and fire, which he properly called “phallism.” Ophiolatreia is just one of its expressions. Unlike many modern authors, for whom he word “phallic” implies the penis, Jennings used the word “phallic” in its nongendered sense, meaning “relating to the sexual organs”.

Hargrave Jennings (1817-1890) was a British cleric, a Freemason, Rosicrucian, author on occultism and esotericism, and amateur student of comparative religion whose studies of comparative religion played an significant part in the evolution of Western involvement in sex magic. Besides covering subjects such as Rosicrucianism, Hinduism, and Buddhism in his books, Jennings drew on the works of predecessors, such as Richard Payne Knight (The Worship of Priapus) to make up his theory that all faiths, including Christianity, derive from ancient phallic worship. For this reason, in addition to citing examples of religions which featured worship of the male genitals, he examined those in which the worship of the female genitalia and the worship of human sexual union were practiced.

Jennings did not limit his description of phallic religions to representations of the genitals or the coitus. He also wrote extensively on the human tendency to utilize natural things, such as snakes, the Sun, fish, and fire as symbols of phallism and was ahead of Sigmund Freud in relating phallism to specific kinds of sacred structures that had a phallic character, including megaliths, obelisks, wells, and the round towers of Ireland. His line of work with these issues might seem rather provocative for a Christian minister in Victorian England, but Jennings saw no moral contradiction between reading the Bible and writing about lingam-in-yoni artefacts from India.

Read more about Jennings in the Post Scriptum of Ophiolatreia.