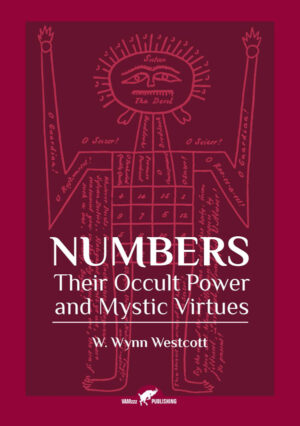 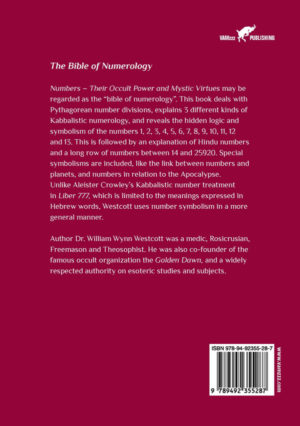 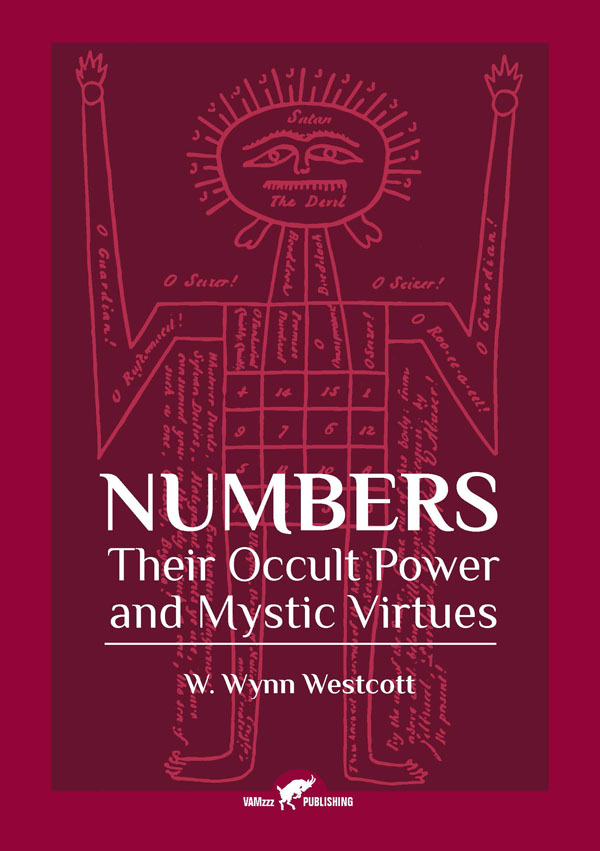 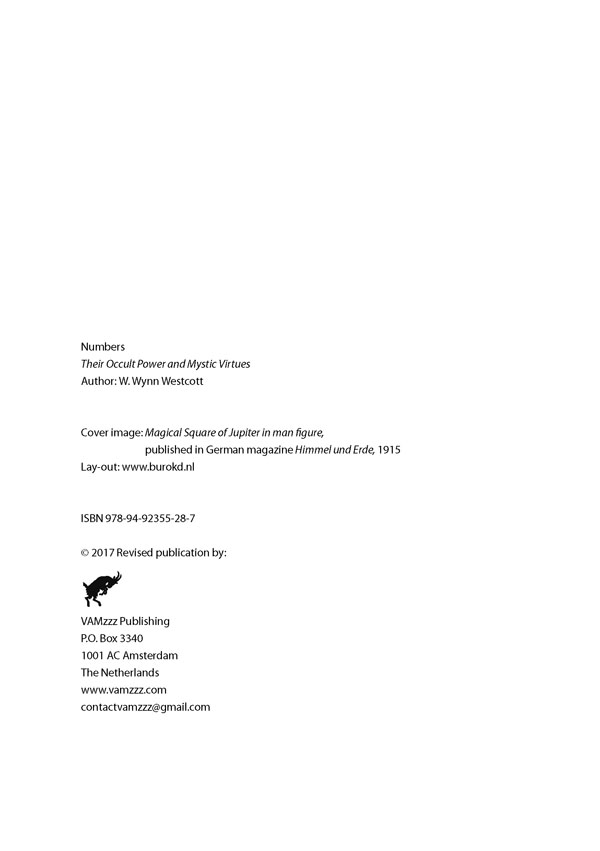 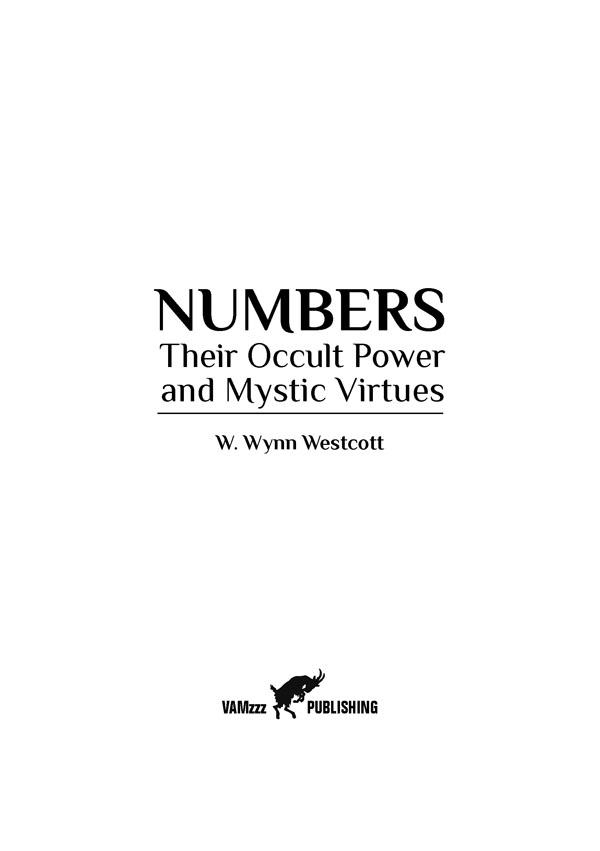 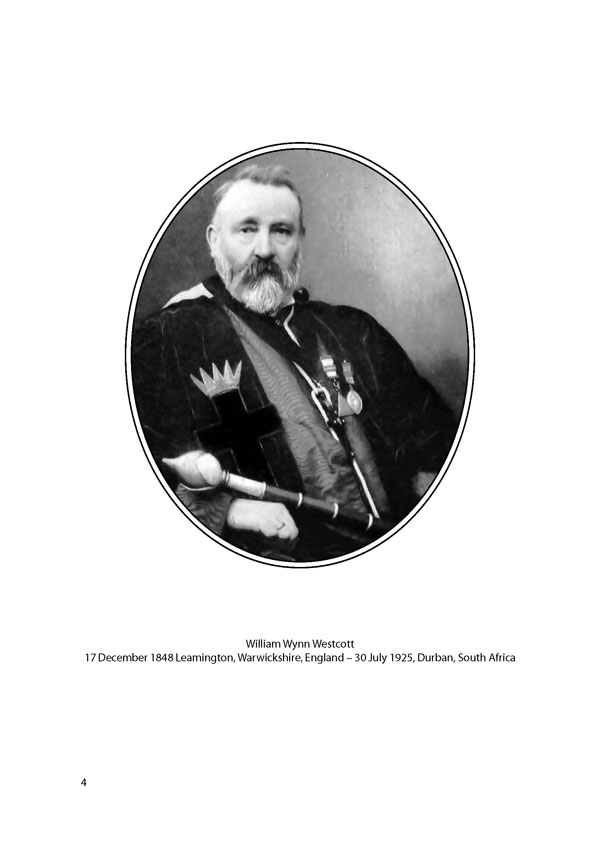 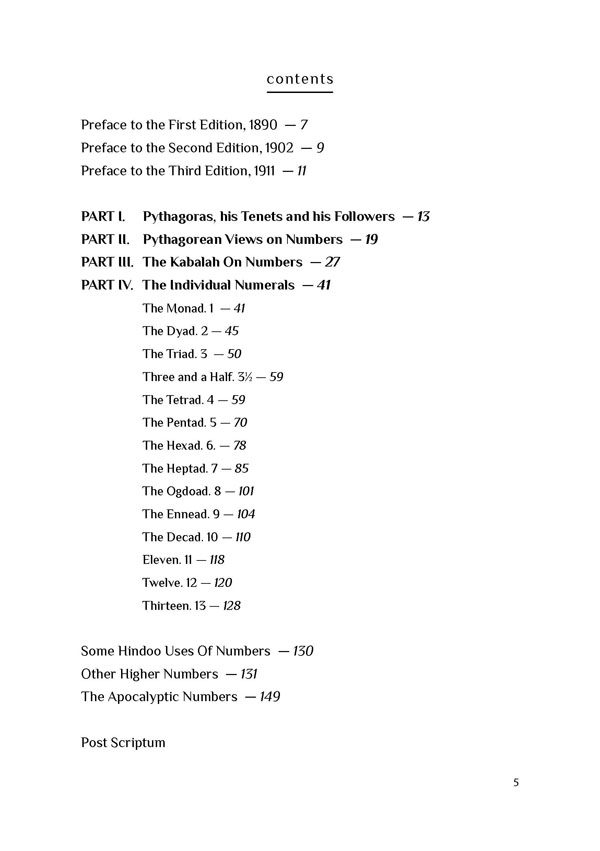 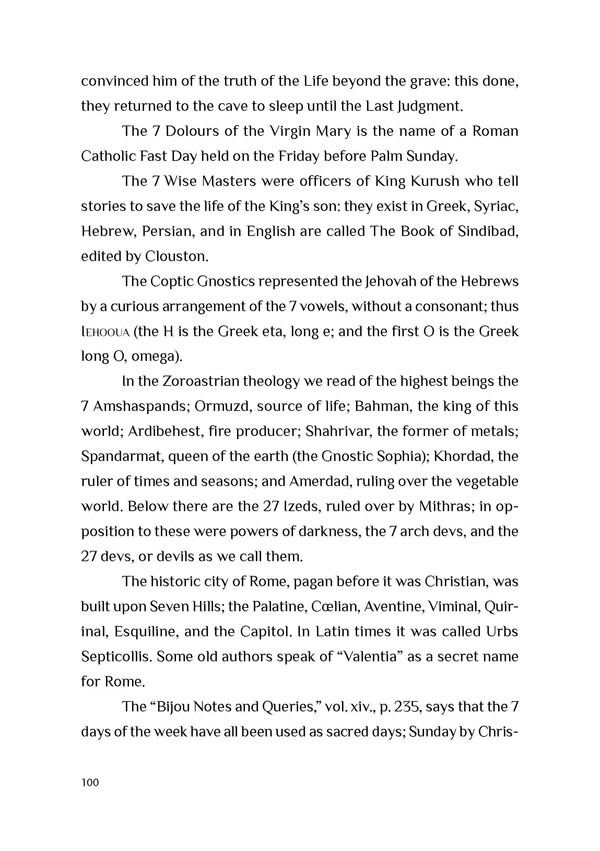 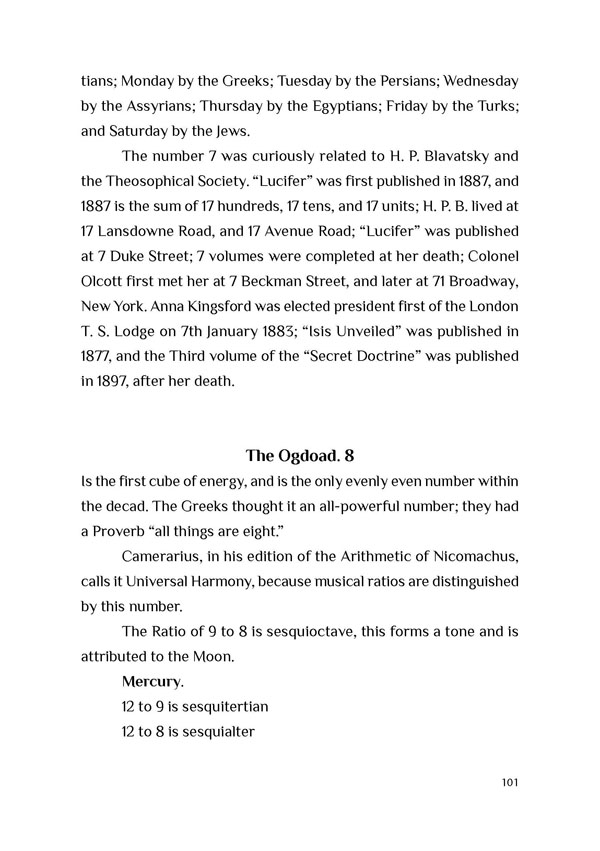 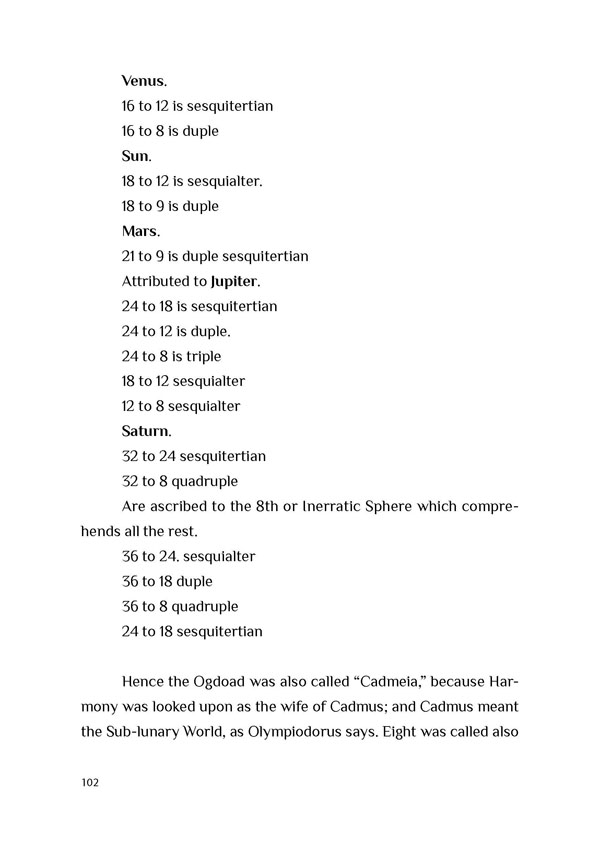 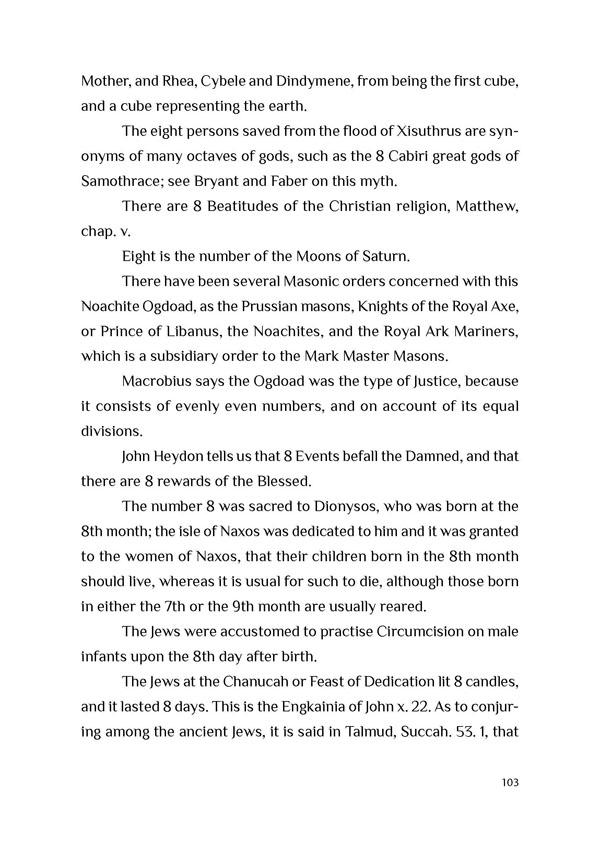 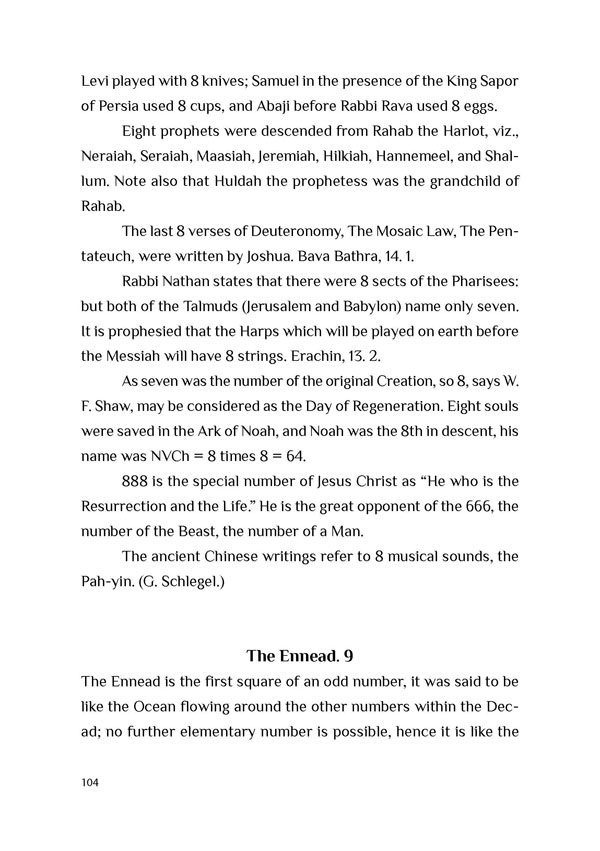 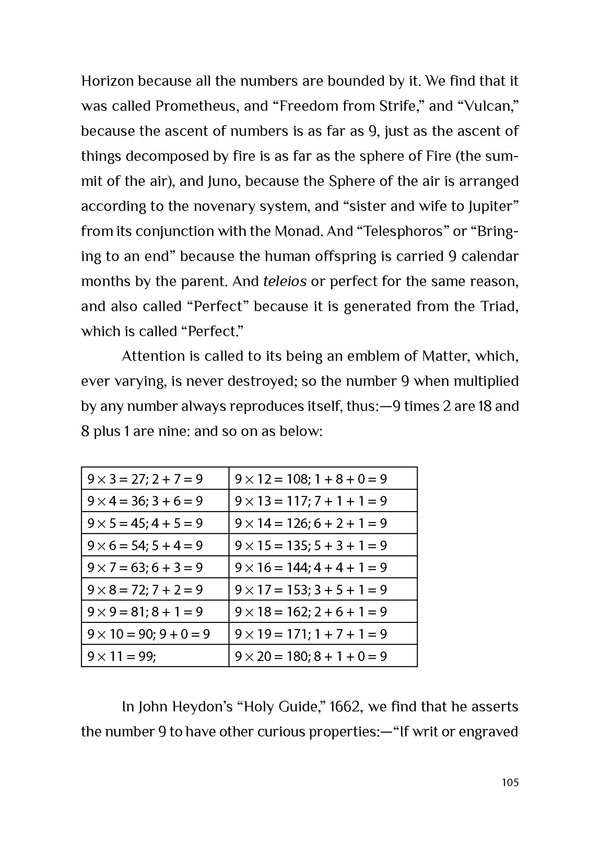 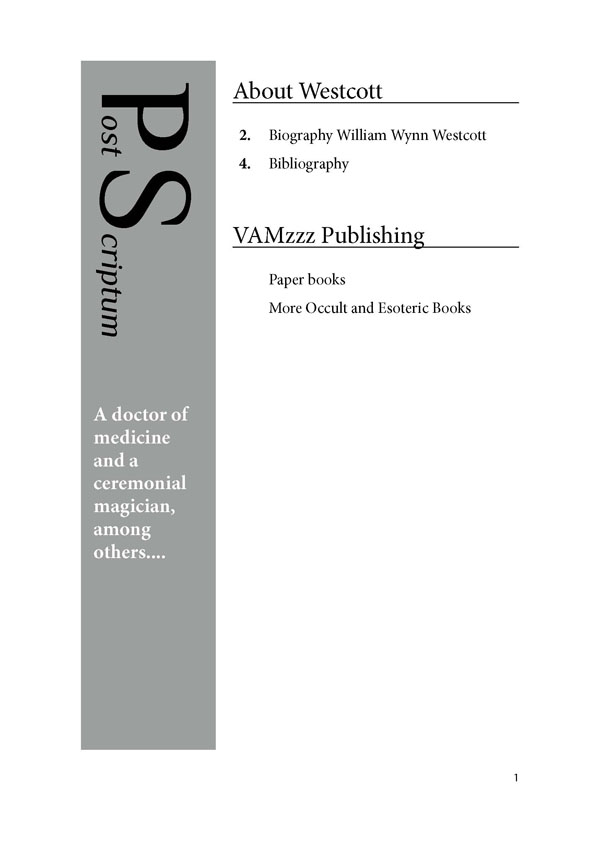 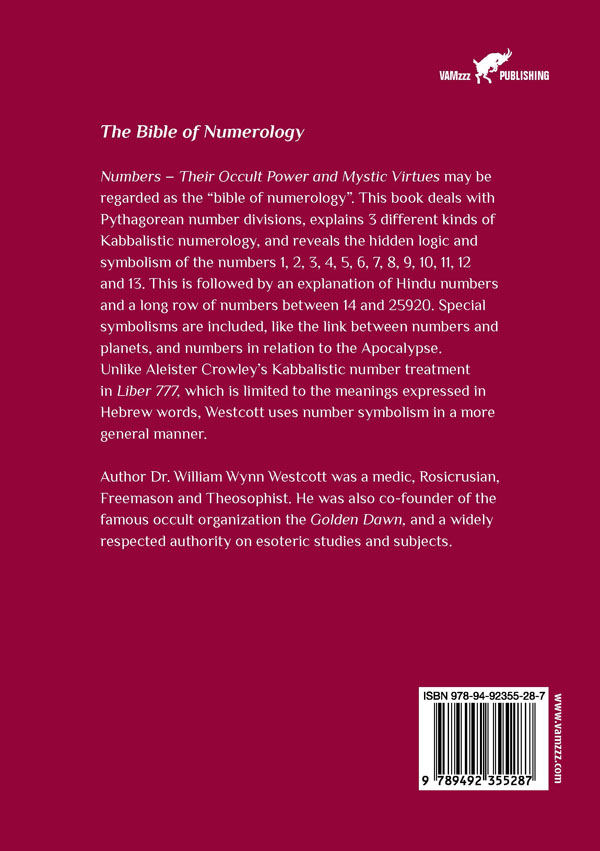 This book deals with Pythagorean number divisions, explains 3 different kinds of Kabbalistic numerology, and reveals the hidden logic and symbolism of the numbers 1, 2, 3, 4, 5, 6, 7, 8, 9, 10, 11, 12 and 13. This is followed by an explanation of Hindu numbers and a long row of numbers between 14 and 25920. Special symbolisms are included, like the link between numbers and planets, and numbers in relation to the Apocalypse.

Numbers – Their Occult Power and Mystic Virtues may be regarded as the “bible of numerology”. This book deals with Pythagorean number divisions, explains three different kinds of Kabbalistic numerology, and reveals the hidden logic and symbolism of the numbers 1, 2, 3, 4, 5, 6, 7, 8, 9, 10, 11, 12 and 13. This is followed by an explanation of Hindu numbers and a long row of numbers between 14 and 25920. Special symbolisms are included, like the link between numbers and planets, and numbers in relation to the Apocalypse. Apart from the Pythagoreans, author Wynn Westcott extracted part of his data on the meaning of numbers from H.P. Blavatsky, Eliphas Levi, Athanasius Kirchner, Thomas Taylor, Godfrey Higgins, Michael Maier, John Heydon.  Numbers – Their Occult Power and Mystic Virtues provides a lot of insight in the mystical and magical use of numbers, treating each number as a “dimension” of its own.  Invaluable for practising Wiccans, magicians and occultists longing for a more substantial grip on the matter.

Unlike Aleister Crowley’s Kabbalistic number treatment in Liber 777, which is limited to the meanings expressed in Hebrew words, author Dr. William Wynn Westcott uses number symbolism in a more general manner. Westcott was a medic, Rosicrusian, Freemason and Theosophist. He was also co-founder of the famous occult organization the Golden Dawn, and a widely respected authority on esoteric studies and subjects.

William Wynn Westcott (17 December 1848 Leamington, Warwickshire, England – 30 July 1925, Durban, South Africa) was a doctor of medicine, a coroner, a ceremonial magician, a Theosophist and Freemason. He was a Supreme Magus (chief) of the S.R.I.A and co-founder of the Golden Dawn.

Dr. Westcott’s parents died when he was 10 years old and he was adopted by his uncle who, like his father, was a medical doctor. Dr. Westcott attended Kingston Grammar School at Kingston-upon-Thames, and graduated from University College, London with a Bachelor in Medicine. He soon went into medical practice with his uncle in Soberest.

In 1871 he became active in Freemasonry. In 1875 Dr. Westcott joined the Masonic Lodge at Crewkerne, England, and in 1878 he chose a two year hiatus at Hendon, England to study Qabalah and other metaphysical topics. In 1881, he became deputy Coroner for Hoxton, and during the early 1890’s he was appointed Coroner for the North-East of London. Sometime between 1865 and 1878 he was admitted to Societas Rosicruciana in Anglia (S.R.I.A.) which was open only to high-grade Freemasons. Dr. Westcott became Magus of S.R.I.A. in 1890 and became Worshipful Master of the Research Lodge Quatuor Comati as well. Dr. Westcott was very influential in the formation – with S. L. MacGregor Mathers and Dr. Woodman. He was responsible for guiding the Golden Dawn in its early years.

Read more about William Wynn Westcott in the Post Scriptum of 'Numbers'.

The Magnum Opus, A Step by Step Course

Out Of Body Experiences, Quickly And Naturally