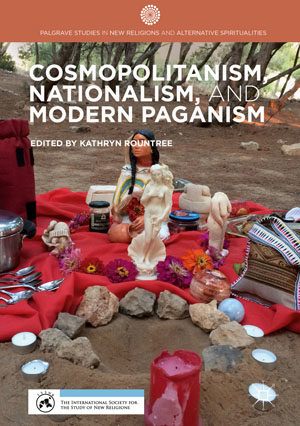 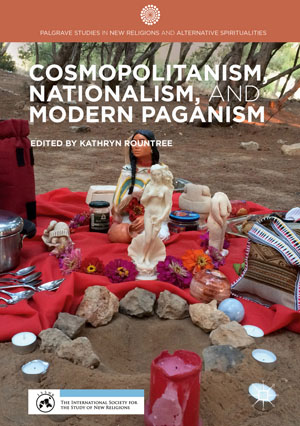 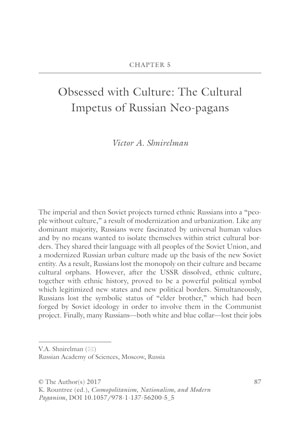 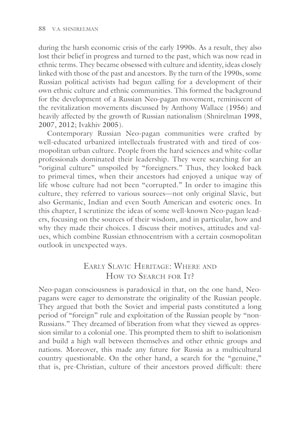 This volume explores how Pagans negotiate local and global tensions as they craft their identities, both as members of local communities and as cosmopolitan “citizens of the world.” Provides a cutting edge study of modern Paganisms. Examines how cosmopolitanism and nationalism have both influenced the weaving of local Paganisms in diverse contexts. Based on international case studies from the United States, Poland, Russia, Ukraine, Israel, South Africa, Australia, New Zealand, and Malta.

This volume explores how Pagans negotiate local and global tensions as they craft their identities, both as members of local communities and as cosmopolitan “citizens of the world.”

Based on cutting edge international case studies from Pagan communities in the United States, Poland, Russia, Ukraine, Israel, South Africa, Australia, New Zealand, and Malta, it considers how modern Pagans negotiate tensions between the particular and universal, nationalism and cosmopolitanism, ethnicity, and world citizenship. The burgeoning of modern Paganisms in recent decades has proceeded alongside growing globalization and human mobility, ubiquitous Internet use, a mounting environmental crisis, the re-valuing of indigenous religions, and new political configurations. Cosmopolitanism and nationalism have both influenced the weaving of unique local Paganisms in diverse contexts. Pagans articulate a strong attachment to local or indigenous traditions and landscapes, constructing paths that reflect local socio-cultural, political, and historical realities. However, they draw on the Internet and the global circulation of people and universal ideas. This collection considers how they confound these binaries in fascinating, complex ways as members of local communities and global networks.

Kathryn Rountree is Professor of Anthropology at Massey University, New Zealand. She has published on contemporary Paganism in Malta and New Zealand, feminist spirituality, sacred sites, shamanism and animism. Books include Contemporary Pagan and Native Faith Movements in Europe (2015), Crafting Contemporary Pagan Identities in a Catholic Society (2010), Embracing the Witch and the Goddess (2004) and the co-edited Archaeology of Spiritualities (2012).

Planetary Herbology: An Integration of Western Herbs into the Traditional Chinese and Ayurvedis Systems